A Nirvana Quasi-Reunion Kind of Happened Over the Weekend

Two of the iconic band's original members met up in Aberdeen 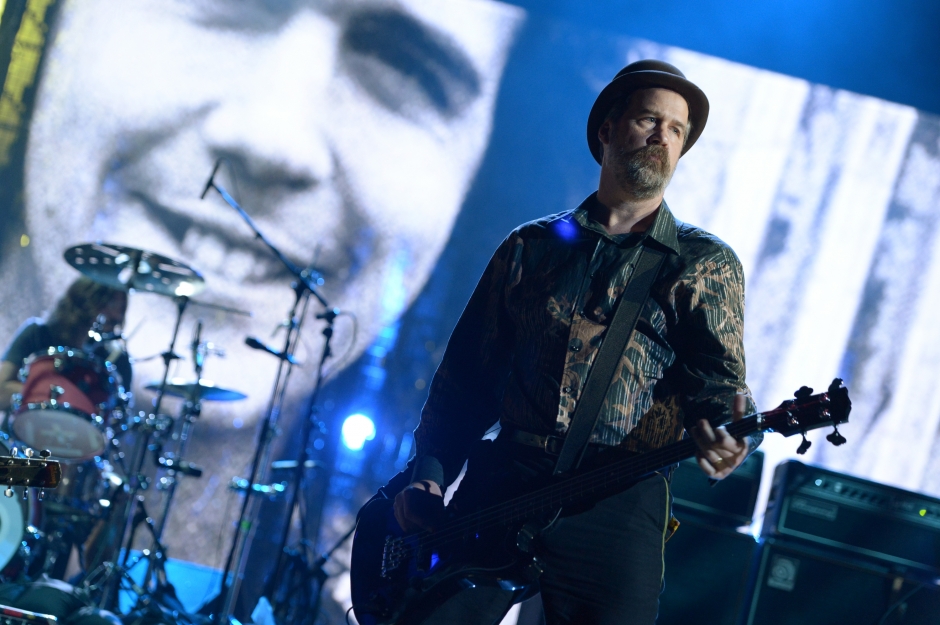 The tragic death of Kurt Cobain two decades ago mean that the phrase “Nirvana reunion” is never going to really mean what we wish it would mean, and the continued post-grunge success of drummer Dave Grohl means that it’s even harder to get even two members of the greatest rock band in the history of Aberdeen, Washington back for a hometown tribute. But the continued celebration of the grunge band around the 20th anniversary of Cobain’s death did see something resembling a band reconciliation this weekend: bassist Krist Novoselic and original drummer Aaron Burckhard.

Burckhard, you may recall, was the drummer for the trio’s original live shows, though he was booted by Cobain – allegedly due to his subpar work ethic and explosive temperament – before the recording of Nirvana’s first album. Unfortunately for Burckhard, he can’t even really claim Pete Best status for Nirvana, as those honors likely to go to Chad Channing who actually played on said debut (1989’s Bleach), before having a “creative differences” split with the group two years prior to them releasing Nevermind and becoming one of the most important bands of the decade.

The above pic (via Grungebook) features Burckhard, who apparently looks kind of like a live action version of Jay Sherman’s restauranteur friend Vlada from The Critic, with Novoselic at the unveiling of a new mural from local Aberdeen artist Eric Sandgren dedicated to the legendary band. It’s a powerful image, largely because sometimes you forget that Krist is eight feet tall and may have started at power forward for the SuperSonics during a stretch in the late ’90s.