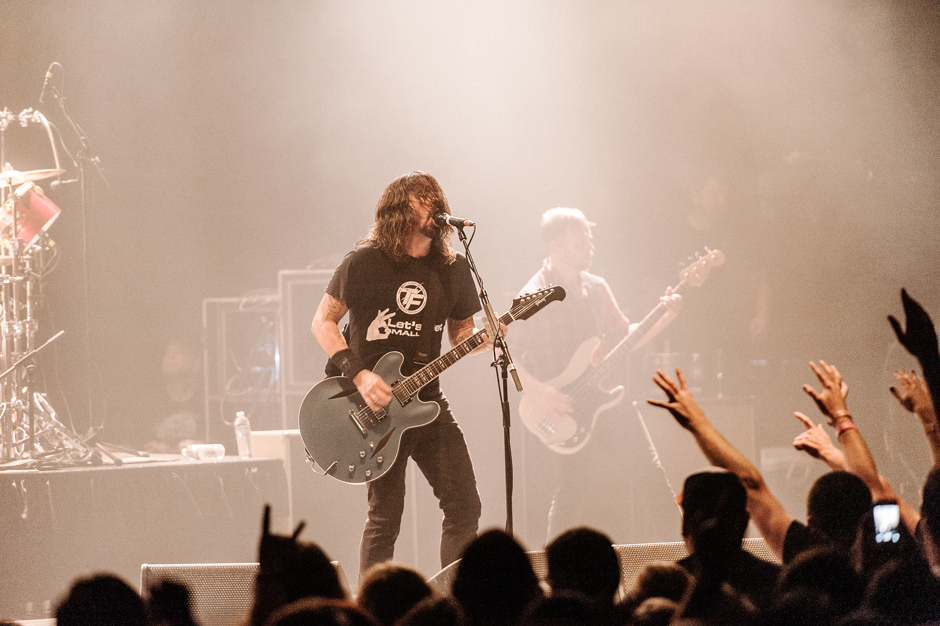 At last night’s long-awaited crowdfunded Foo Fighters concert in Richmond, Virginia — which 1,400 fans paid for on Tilt in advance of the band’s agreement to actually play — Dave Grohl paid special tribute to the late frontman of GWAR, Dave “Oderus Urungus” Brockie. The local legend and larger-than-life metal star died on March 23, thought not after lovingly insulting everyone who ever mattered, including rock’s most beloved frontman.

[He gave me] one of the greatest compliments, or non-compliments, I’ve ever gotten in my life. I remember seeing this interview with Dave Brockie where they asked Brockie about [GWAR’s] Grammy nomination, and somehow, he made his way to me, and he said, “Dave Grohl? He’s actually had teeth removed so he could fit more Grammy dicks in his fucking mouth.” So, right now, I’ve gotta give it up for Brockie. C’mon, let’s give it up for Brockie.

The Foos played 23 songs at their gig last night, including “Rope” and “The Pretender.” Last weekend, GWAR performed at Chicago’s Riot Fest with a new female vocalist and co-leader called, of course, Vulvatron. She’s the thrash band’s first female member since 2000, when Slymenstra Hymen left the band. Check out the Foo’s full set list and videos below, as well as a video of Grohl’s touching GWAR tribute.

Encore:
“Times Like These”
“This Is a Call”
“Best of You”