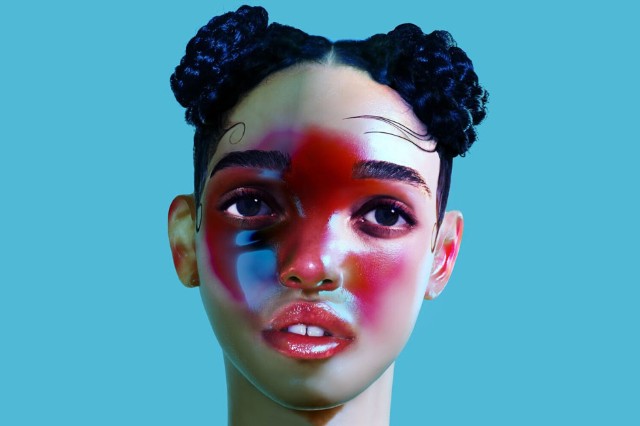 End your week on a high note by streaming new albums from FKA Twigs, the Gaslight Anthem, Sinead O’Connor, JJ, and more.

1) FKA Twigs, LP1. “That FKA Twigs’ releases to date have been met with excitement rather than ennui tells you a lot about how singular the music she makes is. It’s not just [Tahliah] Barnett’s fondness for Björkesque visual presentation that recalls the late ’90s: what LP1 really invokes is a radically updated take on Pre-Millennium Tension and Angels with Dirty Faces, the dark, brilliant, career-knackering albums Tricky made while literally maddened by a combination of drugs and candidiasis, an infection brought on by asthma medication.” — The Guardian (via iTunes Radio)

2) Sinead O’Connor, I’m Not Bossy, I’m the Boss. “I’m Not Bossy can be heard as a response to [Miley] Cyrus — but not a defensive one. Instead, this set of songs has O’Connor schooling young divas and the rest of us on how love and sex, pop’s perennial topics, can be rendered within deeply emotional, complex narratives.” (via NPR)

3) The Gaslight Anthem, Get Hurt. “The follow-up to 2012’s Handwritten was recorded at Blackbird Studios in Nashville alongside producer Mike Crossey (Arctic Monkeys, Foals). According to frontman Brian Fallon, the album marks a new direction for Gaslight, describing it as ‘completely different than anything we had ever done before.'” (via Consequence of Sound)

4) JJ, V. “In a statement, multi-instrumentalist Joakim Benon describes the LP as the duo’s creative ‘zenith’: ‘I’d say we’ve been working on this album our whole lives…. and the songs… we don’t write them, we just do our best to catch them forever, for real.'” – Consequence of Sound (via NPR)

5) Lucero, Live From Atlanta. “Lucero, a rocked-up country-punk band from Memphis, is going for something on a similarly larger-than-life epic scale with Live From Atlanta, which plays like an artifact from the days when gatefold-sleeve live records were a ritual event for every band with enough of a catalog to merit one.” (via SPIN)

6) Willis Earl Beal, Experiments in Time. “Experiments in Time succeeds because it’s not concerned with channeling any particular time whatsoever. In fact, it’s not concerned with channeling anything at all. It’s a mood, an essence, a flimsy world with no history beyond a few ‘transparent tubes.’ In other words, it’s Beal’s beautiful emptiness. And we’re living in it.” — Consequence of Sound (via The Guardian)

7) Adebisi Shank, This Is The Third Album Of A Band Called Adebisi Shank. “If Adebisi Shank’s album naming methods are a little functional, sonically they are anything but: the band were inspired by a diverse spread of influences in creating TITTOABCAS, including ELO, Enya, Mike Oldfield, Pixar, Crash Bandicoot and Game of Thrones. The result is a retro-futurist brand of math that sounds as close to ’80s soft rock and hair metal as it does to the tricksy likes of Battles and Don Caballero.” (via The Guardian)