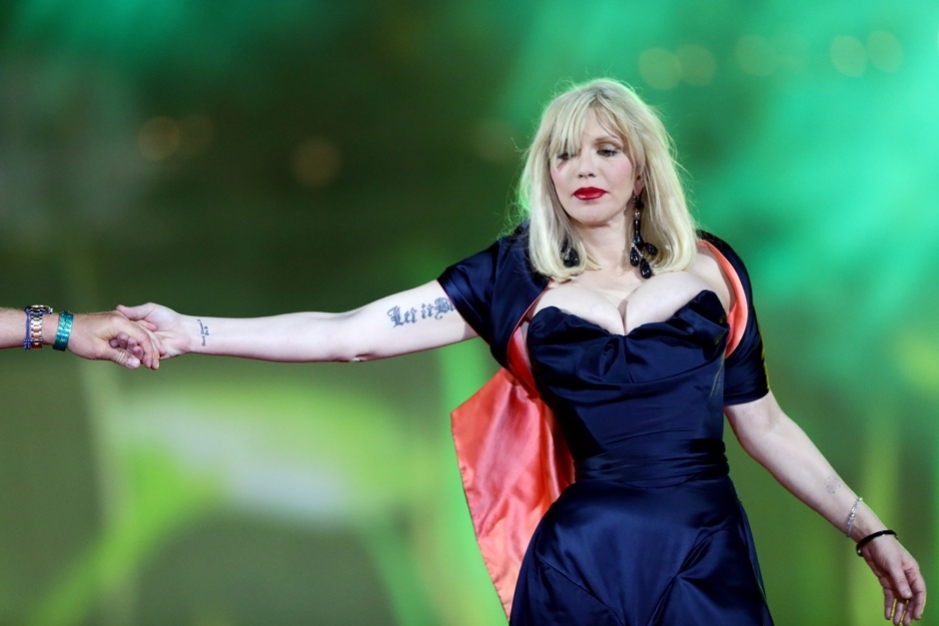 In an interview this week, Courtney Love told The Philippine Daily Inquirer that production on a Kurt Cobain biopic could begin within the next year. She says she’ll be “involved” with the casting and production processes — as will Kurt’s daughter, Frances Bean, and his former bandmates in Nirvana — but it’s not up to her to decide who will land the leading role.

“I don’t want to be the person who makes that decision,” she said, perhaps surprisingly. Instead, she’s leaving that responsibility to the agents so that she doesn’t have to worry that producers and prospective actors will try to take advantage of her.  “Some beautiful blond, tragic, gorgeous actor boy is hitting on me, and why? He wants to play Kurt. So I am moving that over to the agency side. I am not Cecil B. DeMille or anything like that.”

As NME reminds us, Love has in the past blabbed about her plans to peddle Cobain’s life story for a documentary or stage play. And she’s been teasing a Cobain biopic since 2007, when she said the movie was in an “embryonic stage.” In 2010, news broke that filmmaker Oren Moverman was drafted to write and direct Cobain’s biography, with Love as executive producer. Love made no mention of Moverman in her recent interview however.

She did, however, shout out some key players: “I do have a say in it. So do Frances, and Krist [Novoselic] and Dave [Grohl], for that matter, if it touches on Nirvana — and it will. I am leading the charge because it’s time to do this.”