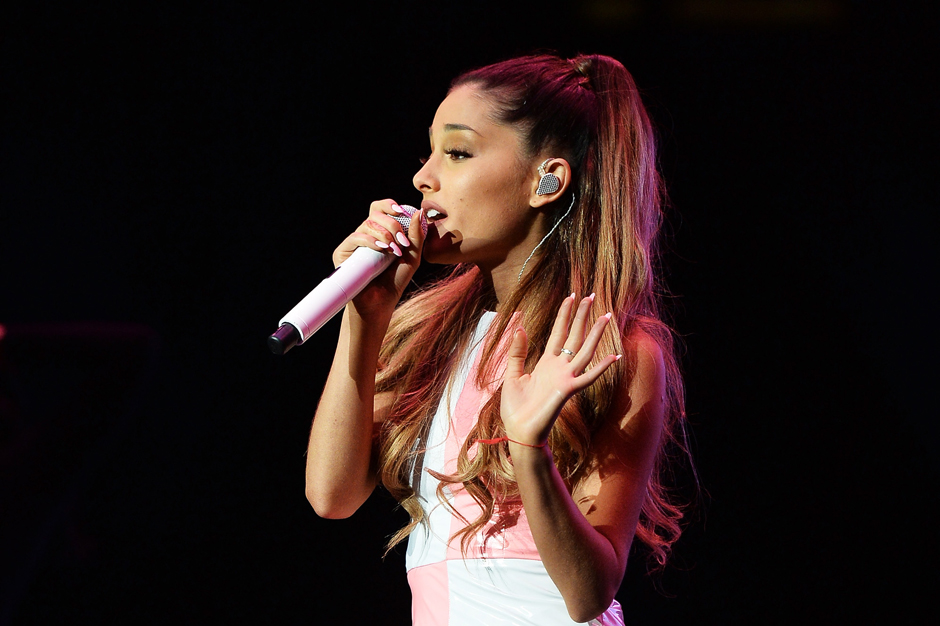 Ariana Grande hasn’t yet suffered the wrath of the take-down notice for her Star Wars-inspired “Break Free” lyric video, so perhaps that apology she issued to Satan’s minions earned her some cred with a more powerful Dark Side. Then again, it seems she’s now on the other side of the copyright coin, as her blockbuster appearance on Jessie J’s new “Bang Bang” single leaked on Monday.

Now, the massive song is officially available below. What makes the track so big? Well, um, ask Nicki Minaj. The “Anaconda”-taming MC rips a few mics on the loud and proud pop-soul song, and Jessie herself delivers a performance on par with Moulin Rouge-era Christina Aguilera. Plus, it doesn’t hurt that hit-maker Max Martin was part of the production team behind the thing, as Billboard points out.

Stream it below until it gets taken down, then keep an eye on the MTV Video Music Awards — Radio.com says the trio may bring “Bang Bang” to the August 24 ceremony’s stage. While the song is expected to find a home on J’s yet-untitled fall album, it will reportedly also appear as a bonus cut on the deluxe edition of Grande’s My Everything, out next month. Serious banger this is: