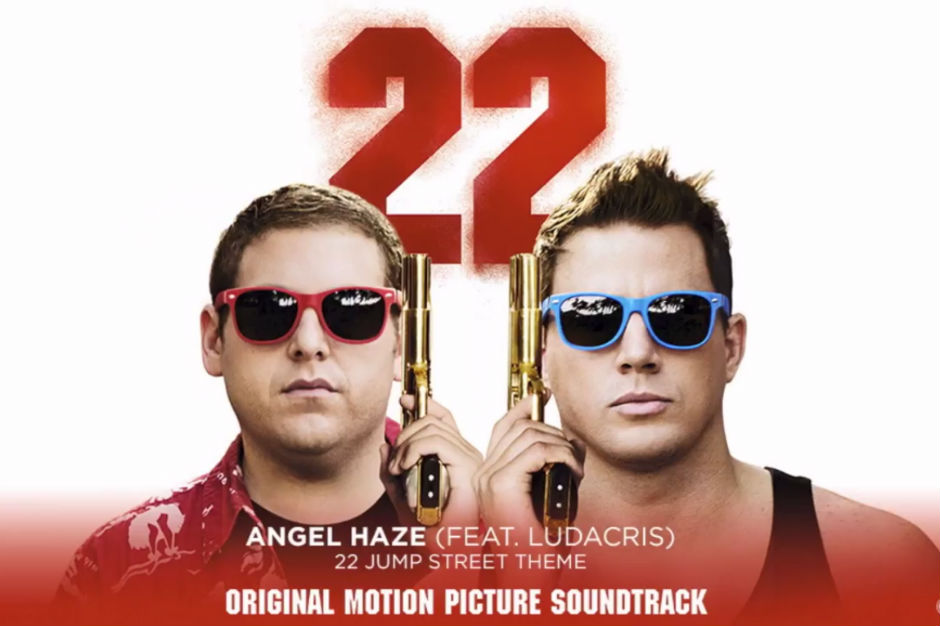 The upcoming 22 Jump Street sequel finds Jonah Hill and Channing Tatum going undercover at a college, and spring break plays a big part as the two detectives try to crack their next case. Turns out the producers enlisted Angel Haze and Ludacris for a dance-driven theme song that features a psychosis-inducing beat wobbling wildly beneath verses that detail the plot. It’s ready-made for an opening montage or a crazy party scene with Luda dropping lines like “We infiltrate the dealers and find the damn supply,” and Haze rhyming about “Schmidt, Jenko, the whole damn crew.” It’s rare that a film-driven song stands the test of time (outside of Ray Parker, Jr.’s “Ghostbusters,” that is), but the single will be out June 10, while the movie hits theaters on June 13.