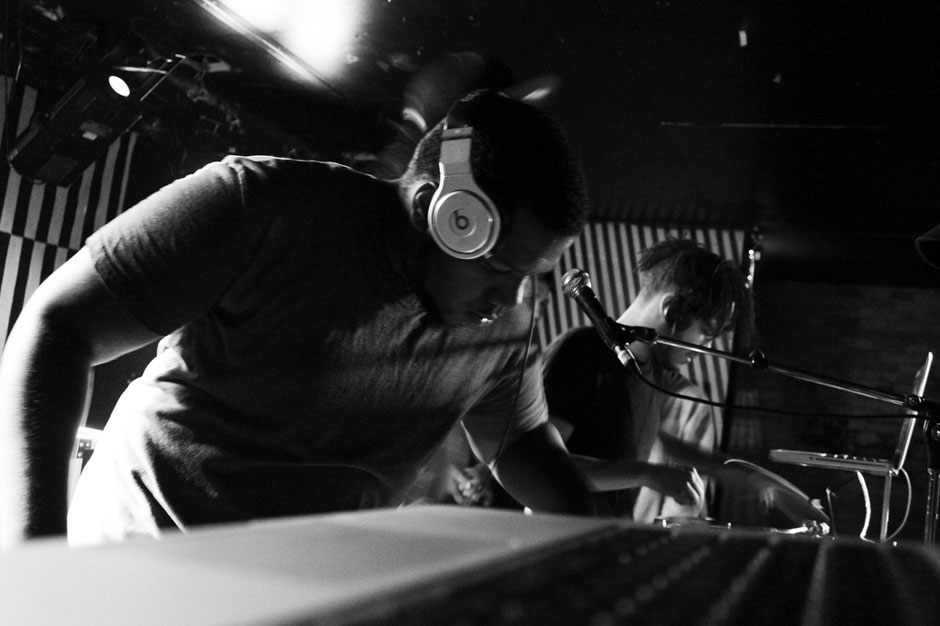 Newark-based club producer Nadus has played an essential role in connecting New Jersey’s hyper-local club sound to the wide world. Flanked by fellow members of the Brick Bandits DJ collective—Sliink, Uniique, Tameil, Tim Dolla, and others—the DJ has carved a space out for himself by bridging bass music bubbles from all over the world. While many of his Jersey contemporaries have a sound that sticks closer to home, Nadus has made moves with everyone from the Chicago-centric Teklife crew to the Belgian independent label Pelican Fly, who released this most recent EP.

On Broke City, Nadus draws on the hypercolor, synth-soaked sounds associated with future bass stars like Cashmere Cat, Rustie, and Canblaster, filtering theatrical MIDI arrangements through the raw-and-ready rhythms of Jersey club music. “Broke City for me is just an ode to my city, Newark, NJ AKA Brick City, New Jersey,” the 22-year-old producer tells SPIN. The fifth track on his EP, “Sharpe James,” is even named after the former Newark Mayor, who in 2008 was jailed on five counts of fraud—though Nadus prefers to remember him as his height. “I want my city to look at me the way they looked at that man in his prime,” he explains. “Growing up and being someone in [Newark] isn’t easy… at all.”

All proceeds from the sale of Broke City (“royalties and all,” he says) will go to the Newark Boys Chorus School, where he first began his own music training—making his ode to Newark that much more meaningful. Stream the EP below and order the release on iTunes now.