"Turkey in the Straw" jingle has roots in offensive minstrel songs 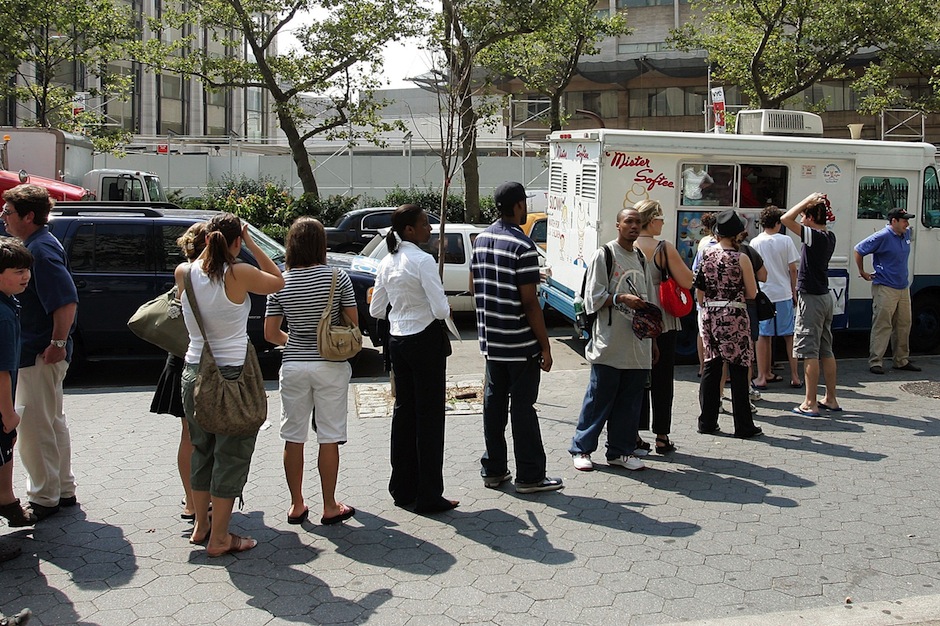 The United States’ benighted history on matters of race lingers in various subtle and not-so-subtle ways, but it can still be a shock to recall the overtly racist origins of cultural institutions we might otherwise take for granted. NPR has an extensive report on the origins of the jingle that pours from the speakers of many ice cream trucks, and unfortunately it’s deeply entangled in America’s horrific behavior toward its black residents.

Yes, the tune has elements in common with the 19th century standard “Turkey in the Straw,” but sadly it came to ice cream trucks via minstrel songs, including one titled (if you wish to avoid racist words and imagery, please stop here) “Nigger Love a Watermelon Ha! Ha! Ha!” That song, in turn, was related to a racist song oft performed in blackface, “Zip Coon,” which gave lyrics — though not its melody — to the Oscar winner “Zip-A-Dee-Doo-Dah.”

It turns out that 19th century ice cream parlors played popular minstrel songs of the day, and so when ice cream trucks spread in the latter 20th century, the music boxes installed in them to advertise their presence in a neighborhood would play those same old tunes as a way of echoing that experience.

In fact, minstrel shows — the most popular form of entertainment in their day — have a complicated but surprisingly pervasive legacy, with former SPIN columnist John Leland singling them out in his 2004 book Hip: The History as an early, bizarre “convergence” between white and black. “If there is a central vein of American popular culture, it proceeds from these crude outpourings of racial fantasy,” he writes. As offensive as the shows were, one way to better address contemporary bigotry in all its forms may be to know the racist history latent in even something as innocuous as a cool summertime treat.

Check out the full report over at NPR.

August Wilson’s 1990 Spin Essay on Fences: “I Don’t Want to Hire Nobody Just ‘Cause They’re Black”

A U.N. Panel Just Advocated for Slavery Reparations in the U.S.