It remains unclear whether Kliph Scurlock quit or was fired 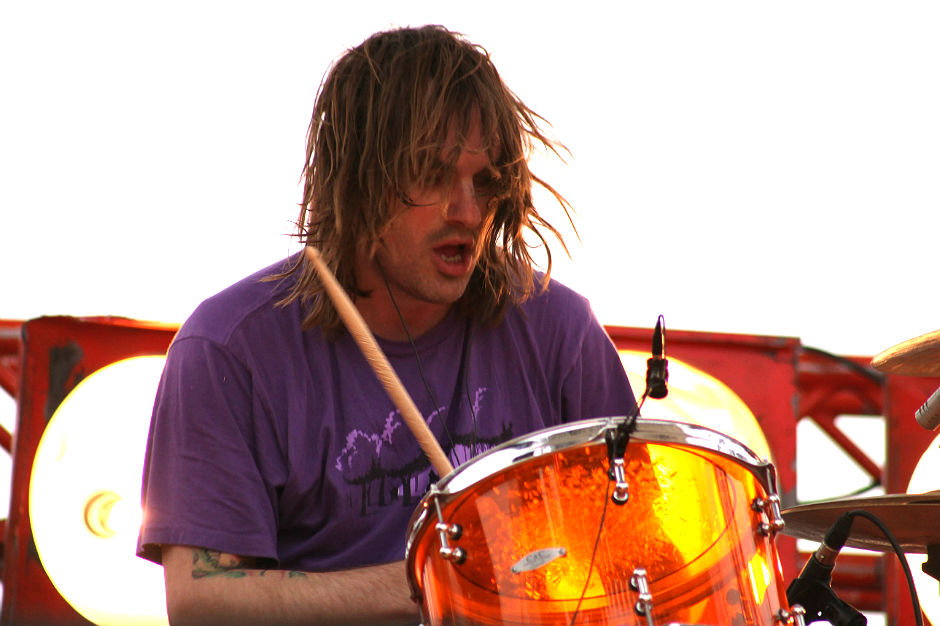 Drummer Kliph Scurlock is no longer a member of the Flaming Lips, a rep for the band confirmed to Pitchfork. No other information has been given for his depature, voluntary or otherwise. The 40-year-old started out as a roadie for the Oklahoma psych-rock outfit in 1999, became their touring skinsman in 2002, and was formally recognized as a member when 2009’s Embryonic was released.

Lips fan hub The Future Heart was the first to pick up on the story, noting Scurlock’s absence from the group’s performance at New Orleans’ Buku festival a few weeks ago. He also didn’t appear in the band’s April Fools’ Day prank videos, or on their Flaming Side of the Moon performance. For now, at least, he’s been replaced by Matt Duckworth of Star Death and White Dwarfs, the band fronted by Wayne Coyne’s nephew, Dennis.

Scurlock has yet to explain what happened. In a since-deleted Twitter reply to a fan who said he hoped Scurlock was still a Flaming Lips member, the drummer replied, “Yeah….it would be nice….but it’s not up to me.” He hasn’t tweeted since April 1, though he has favorited numerous well wishes including, “Just sending my love and support to @KliphScurlock dont let anything keep you down, dawg. I’ll always remember your beautiful ways” and “You’re a wonderful drummer dude. Even if the band won’t have you, the Flaming Lips fans still love you. Stay awesome.”