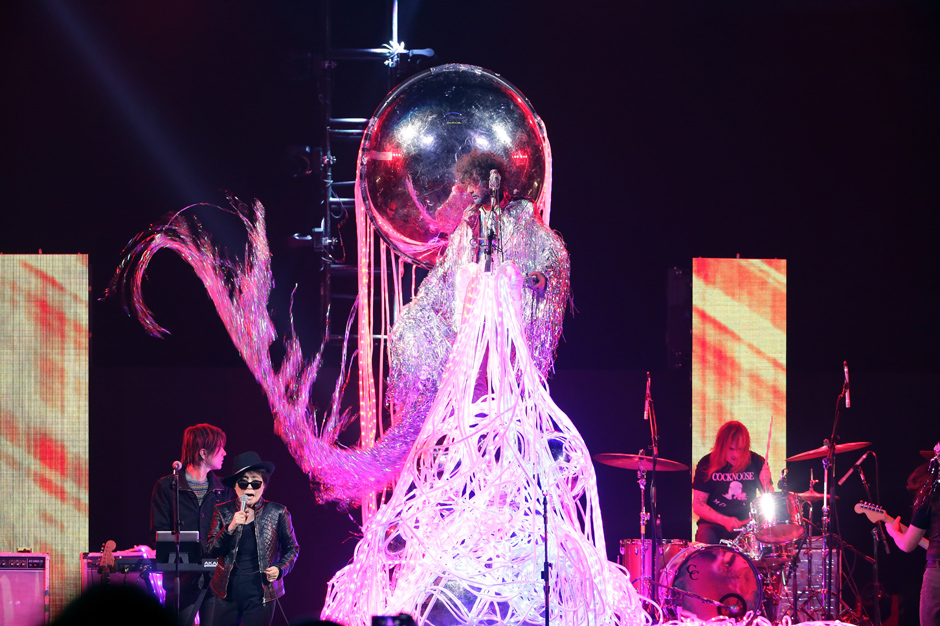 Five years after unveiling their cover of Pink Floyd’s entire Dark Side of the Moon, the Flaming Lips are revisiting that classic album with a companion LP called Flaming Side of the Moon. The surprise release is designed to be played at the same time as Floyd’s original, with the new echo-heavy soundscape adding more psychedelic layers.

“Flaming Side of the Moon was also carefully crafted to sync up perfectly with the 1939 film, The Wizard of Oz,” the band said in a statement. “For ideal listening conditions, fans are encouraged to seek out the original Alan Parsons’ engineered quadraphonic LP mix of Dark Side, but it will work with the album on any format. Available now through all participating digital outlets. A limited edition 100 vinyl copies will be distributed to friends and family of the Flaming Lips.”

And the Lips aren’t stopping there. Their 1986 debut, The Flaming Lips 1st EP, is getting reissued and frontman Wayne Coyne is embarking on a mini tour of West Coast record stores to promote the  release and meet fans. The vinyl EP comes housed in a white chocolate, anatomically correct skull, and includes a gold coin redeemable for entry into any Lips headlining show in the world.

Stream the entire Flaming Side of the Moon and check out Coyne’s record store tour dates below.