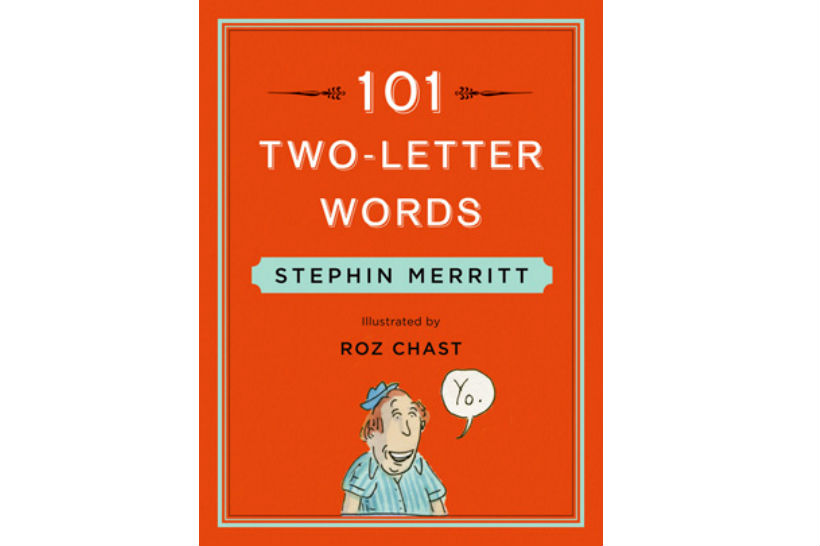 If you’ve ever played Scrabble or Words With Friends, you know how valuable landing double-letter words like “za,” “xi,” and “yo” can be. Magnetic Fields man Stephin Merritt is quite familiar with this oh-so-satisfying way of scoring, and he’s putting his knowledge of the games’ dictionaries to work with an upcoming poetry book called 101 Two-Letter Words.

As Merritt revealed, the collection was inspired by his mom.

“My mother is a former English teacher who always expected me to write the Great American Novel, thunderous and profound, so she was not impressed to learn that my first book is going to be amusing light verse,” he told The New York Times. “But now that I’ve got her hooked on Words With Friends, she sees the immense value of remembering the two-letter words, and what fascinating little oddities they are, so she’s begging for a copy of the book.”

The poems are each four lines long and feature illustrations by cartoonist Roz Chast. Here’s a sample entry:

The country folk say “howdy-do”
but here in town, it’s “yo”;
they’ll say it in the country too
in twenty years or so.

The book is due out in October from W.W. Norton & Company, and will retail for $19.95. Merritt’s last musical release was the 2013 Future Bible Heroes album Partygoing, while Magnetic Fields’ most recent was 2012’s Love at the Bottom of the Sea.