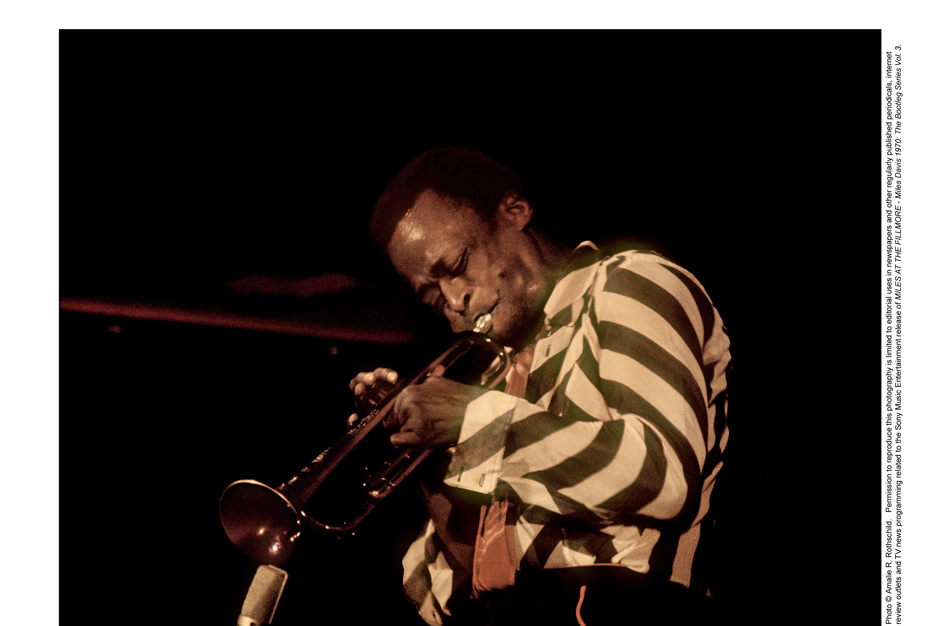 Miles Davis’ historic four-night residency at New York City’s Fillmore East will see new life on March 25, when Columbia/Legacy releases Miles at the Fillmore — Miles Davis 1970: The Bootleg Series Vol. 3. The upcoming box set spans four CDs and presents Davis’ string of 1970 performances at the Fillmore (which took place from June 17 through 20) in full-length, unedited form for the first time ever.

Recorded roughly two months after the release of Davis’ landmark Bitches Brew album, the Fillmore gigs caught the jazz legend at one of the many high-water marks of his career, leading a five-piece that featured Chick Corea on electric piano, bassist Dave Holland, and drummer Jack DeJohnette. Though highlights from the shows were previously captured on record for the 1970 double-LP set Miles Davis at Fillmore, the forthcoming re-release collects more than 100 minutes of never-before-released music, with one CD devoted to each concert from the four-night stand.

Also included in Miles at the Fillmore? Three bonus tracks recorded at the Fillmore West in San Francsico in April 1970 — that adds another 35 minutes of previously unreleased music — and a 32-page booklet that contextualizes Davis’ musical transformations. Pre-orders of the retrospective are currently available through Amazon, but for now, dive into the box set’s 13-minute live rendition of “Miles Runs the Voodoo Down,” a Bitches Brew shape-shifter that’s streaming below.