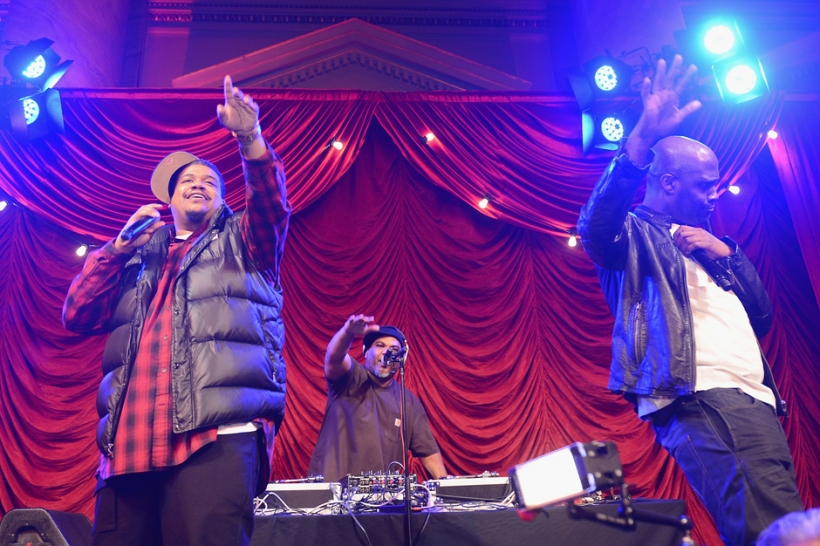 The gifts from De La Soul just keep coming. Mere weeks after offering up their entire discography, 25 hours of music in all, as a free download, the legendary trio is back with a tribute of sorts to the late, great producer J Dilla. We say “tribute of sorts” because the new song, “Dilla Plugged In,” was produced by the man himself before his 2006 death. A reworking of their debut single “Plug Tunin’,” the cut features an uplifting piano riff as the trio repeats “We’re reppin’ Dilla tonight” before ending with a little twist on James Brown’s “The Boss.” “Dilla Plugged In” will be featured on De La’s upcoming Smell the D.A.I.S.Y. mixtape, which will feature more of the Detroit luminary’s work. They’re also expected to release the six-song Preemium Soul on the Rocks EP and an all-new full-length, You’re Welcome.