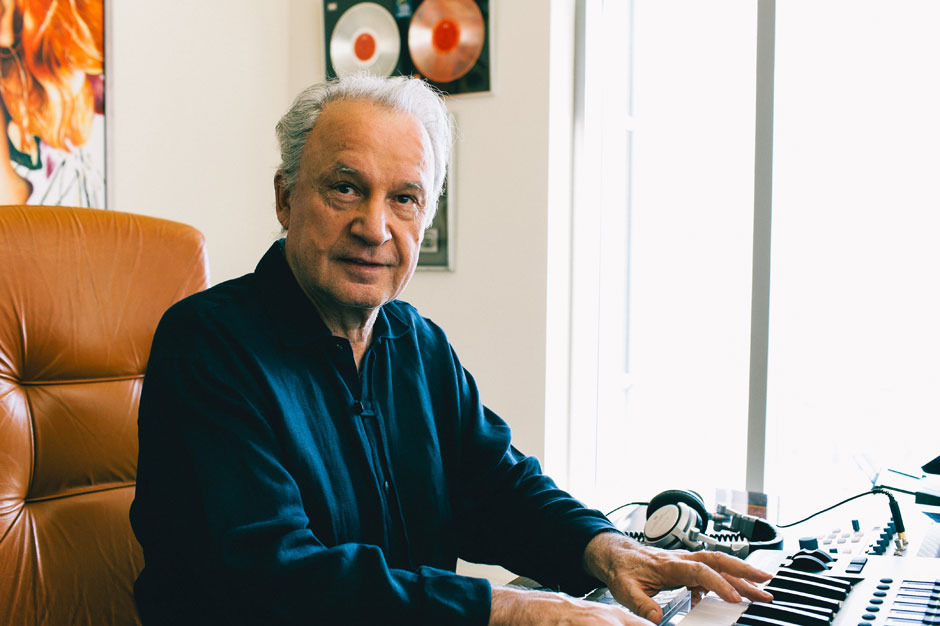 Giorgio Moroder will play this year’s Moogfest — and he and SPIN want to invite you to Asheville, North Carolina to see the Italo-disco wizard work his magic. We’re giving away two (2) General Admission tickets to Moogfest — which runs from April 23 through 27 — in addition to a Moog Etherwave Theremin signed by Moroder himself.

To qualify for the contest, share the official Moogfest flyer that Moroder has posted on Twitter and tag @Moogfest a tweet that reads as follows: “I want to see @GiorgioMoroder + all the great artists at @Moogfest 2014!” The last day to enter is March 17, 2014.

One lucky fan who meets those requirements will be rewarded with the Moogfest tickets and autographed Theremin.

For more details on Moogfest, head over to the festival’s official website. And for an in-depth look at the career and legacy of Moroder, read SPIN’s 2013 feature, Giorgio Moroder: Back to the Future.