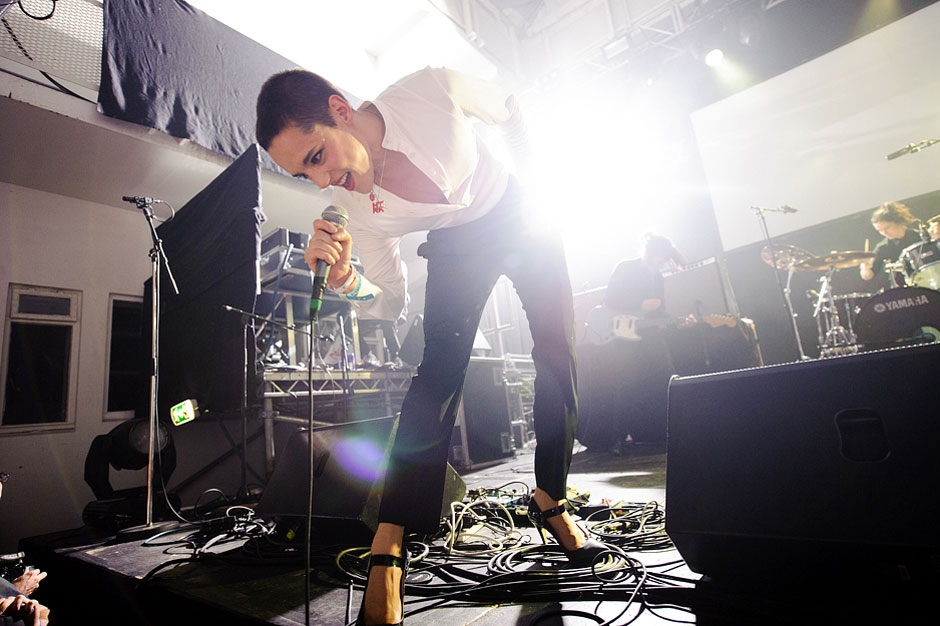 “We’re going to release a song that we play live — a song called ‘Fuckers,'” Beth revealed. “We recorded it live [from] a show we did at the Forum in London last fall.”

Beth didn’t announce a release date or track list, but did say that the upcoming short-player will be available on vinyl and feature a cover of Suicide’s classic “Dream Baby Dream” (recently covered by Bruce Springsteen as well).

Savages have supported Silence Yourself with a string of music videos: “Strife,” “Marshal Dear,” “Husbands,” “I Am Here,” and “Shut Up” have all been paired with official clips over the last few months. Below you’ll find footage of Savages tearing into “Fuckers” at London’s Electric Ballroom, followed by Suicide’s version of “Dream Baby Dream.”