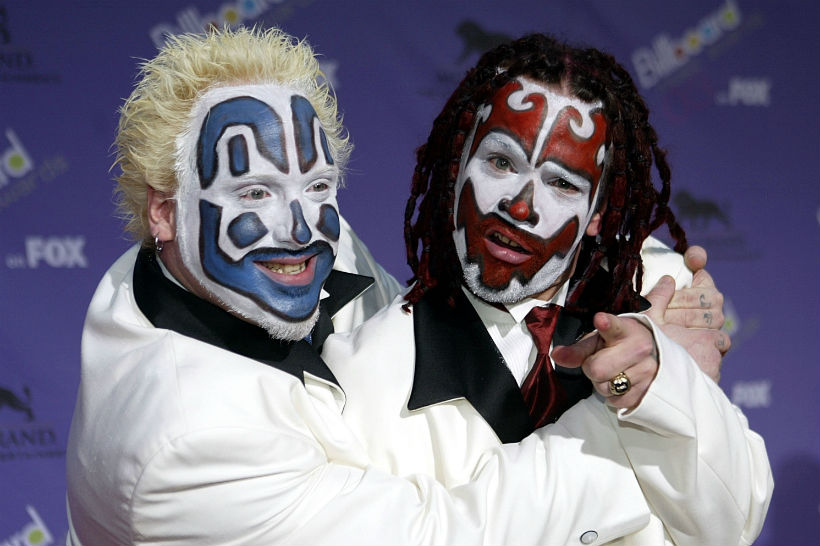 Insane Clown Posse’s annual family reunion, otherwise known as the Gathering of the Juggalos, has found a new home at the CryBaby Campground in Kaiser, Missouri, the Associated Press reports. In December, ICP tweeted that the then-unnamed venue was “a doozy (Whatever the fuck a doozy is).”

Last year’s bacchanal at Cave-in-Rock, Illinois, was tragically marred by the suspected overdose of a 24-year-old attendee. That prompted the shutdown of the festival’s notorious “Drug Bridge,” a lawless, anything-goes area where Juggalos freely score a variety of chemicals. Missouri law enforcement are unlikely to tolerate a drug bridge reiteration: “If you’re looking for trouble, you’ll find trouble,” said county sheriff Bill Abbott, who noted that the Hell’s Angels have previously held events at the camp. “We don’t want no trouble here whatsoever, and I’m sure they don’t, either,” Abbott said. “We want them to obey the laws and have a good time.”

The dates for this year’s Gathering have yet to be announced. In the meantime, check out our gallery of the 40 Best Things We Saw at least year’s edition.