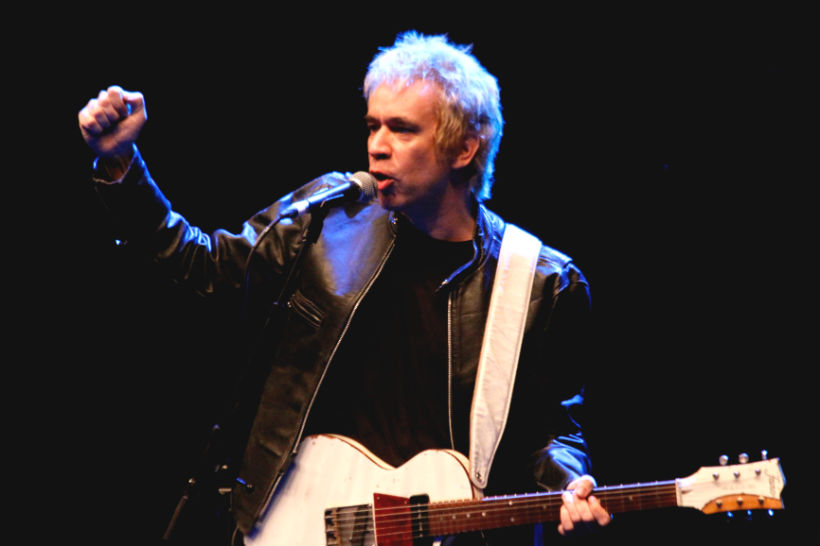 If you were worried that 2014 would be a year free of Ian Rubbish, well the Moontower Comedy & Oddity Festival has a special treat for you (and it’s not a boot to your face). Fred Armisen will headline the four-day Austin event, and his Maggie Thatcher-loving punk alter-ego is set to appear as a “special guest.”

What started as an SNL skit about the conservative-leaning Johnny Rotten ripoff took on a life of its own, with Armisen performing as Rubbish with Kim Gordon, Steve Jones, and J Mascis on his last episode as a cast member. Last April, Armisen released a surprisingly solid, four-song EP by Rubbish and the Bizarros, featuring the tracks “Sweet Iron Lady” and “Living in the Gutter.” Since then, the funnyman has performed a handful of shows in character, and even interviewed the Clash’s Mick Jones and Paul Simonon.

Alongside Armisen, Moontower features an all-star lineup of comedians, including Marc Maron, Aziz Ansari, Hannibal Burress, Mike Birbiglia, Demetri Martin, the Kids in the Hall, Maria Bamford, and Dennis Miller. The festival takes place April 23 to 26, and tickets are on sale now.