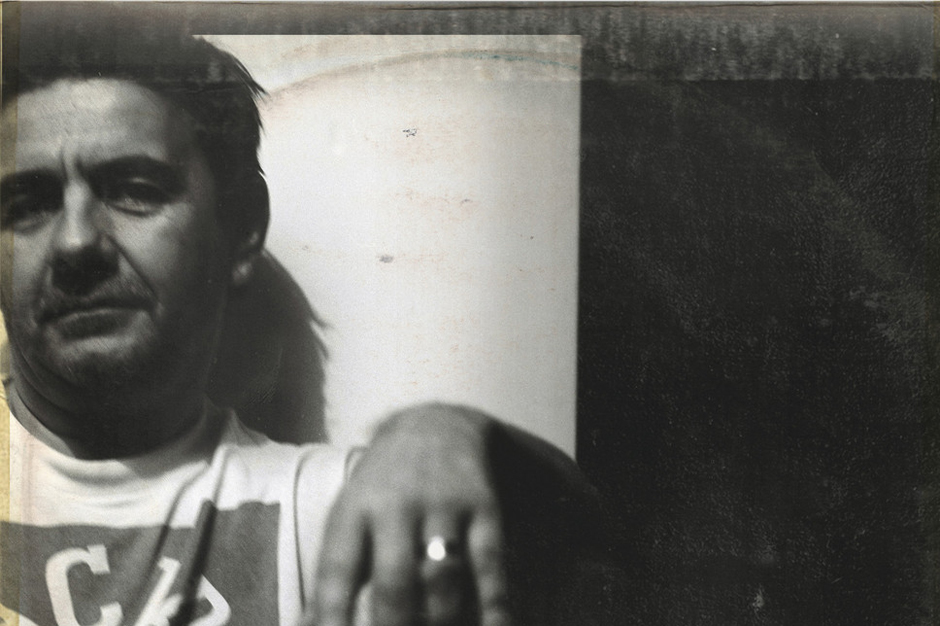 EeOo, Workout EP (Unknown to the Unknown)
Might be a good idea to keep some Dramamine handy for this gut-wrenchingly turbulent new EP from EeOo, one-half of the Irish techno duo Lakker. This being an UTTU joint, it figures that there would be chopped-up robo-Chipmunk vocals and apocalyptic Mentasm stabs involved, but EeOo takes the sickly off-kilter thing to queasy new heights. Gliding pitch is part of it: The portamento on “Workout” brings to mind Nick Rhodes wrestling with the joystick on “Save a Prayer” while wacked out of his mind on vodka and Quaaludes, and the erratically plunging rave stabs of “Calc” suggest a Belgian rave in a multi-car pileup. But it’s a rhythmic thing, too. Recent developments in no-fi may be inuring us to beats that sound “wrong,” but these bizarrely contorted grooves have an elasticity that manages to bend brains and hips alike in whole new ways. It’s all very 1992-rave-cassette-melting-in-the-dashboard-tape-deck, which isn’t even a very original aesthetic for 2014 (or 2013, or 2010, for that matter), but it’s simultaneously so punchy and so fucked up that it catches you completely off guard. Extra points for “We Are All the Same,” which manages all the above while also absolutely nailing the melancholy-robot vibe of early-’90s Warp and Aphex Twin.

Biosphere, Patashnik 2 (Biophon)
These days, Norway’s Biosphere (Geir Jenssen) is best known for making drifting ambient music out of Debussy samples and Tibetan field recordings, but back in the early ’90s, he could rave with the best of ‘em — just see his 1995 single “Novelty Waves,” a thundering breakbeat bleep-techno track featuring one of the era’s most instantly recognizable square-wave bass lines. (You may remember it from Michel Gondry’s commercial for Levi’s.) His second album, 1994’s Patashnik, might have been considered an Arctic response to Warp’s Artificial Intelligence series, mixing up Eno-inspired synthesizer sketches with recliner-friendly acid, breakbeats, and trance. Now, 20 years later, Jenssen has released Patashnik 2, a Bandcamp-only companion release composed of previously unreleased tracks and mixes from the original album’s sessions. It’s very clearly a product of the early ’90s — full of spooky film dialogue, sonar pings, warm Jupiter synthesizers, 148-BPM breakbeats, and even a woman asking, “Can you imagine an extra-terrestrial disk jockey?” — which is to say that it couldn’t sound much more current right now.

Laurent Garnier, AF 0490 (Still Music)
Speaking of the old guard, Laurent Garnier seems determined to come back in a big way this year. For the last half-decade, the French producer has only averaged an EP or so per year, but for 2014 he’s promising five EPs in five different styles, all on different labels. Next month’s A13, for Fulgeance’s Musique Large, is synth-heavy hip-hop that sounds like Boards of Canada under the influence of Trent Reznor; out now, there’s AF 0490, a tribute to classic Chicago house released on that city’s own Still Music label. The stonking “Bang (The Underground Doesn’t Stop)” proves that there’s no shame in going throwback. The rhythmic shouts and simple, declarative chords sound like a response to Herbert’s great “Got to Be Movin’,” but tougher and more emphatic; Garnier tips his hat to his roots via a spoken-word sample of the Electrifying Mojo. “Bang (Chakolak)” is fashioned after the speedy sound of ghetto house and juke, with a floating, kicks-on-the-one groove, trim vocal loops, and just enough glassy, synthetic edge to maintain a respectful distance from the source. “Beat (Da Boxx)” is the most Garnierian cut of the three, translating the fat, low-end synths he’s used on classics like “Crispy Bacon” and “Man with the Red Face” for a Chicago-inspired take on brooding, muscular house. It’s unusually dynamic for a club stormer of its type, with distant laughter and ringing bells flitting through the wide-open spaces between the bass and drums. Played loud, it sounds like it could shake Berghain to its foundations.

Various, Apartment Six (Apartment)
There’s a split in underground techno right now that pits the noiseniks against the if-it-ain’t-broke classicists. (It’s sort of a one-sided schism: The latter camp professes to be fed up with lo-fi and line noise, while the former seems generally cool with pretty much anything.) But everyone can come together around the new compilation EP from Dublin’s Apartment Records. Distortion-loving types will get their fill of phlegm from the Cyclist’s gloopy “Crax,” a melancholic synth-Kraut jam that gurgles like a broken bass amp at the bottom of a cistern, while the Superior Inferior’s “A Bit Much Confusion” offers a gnarly take on the Bunker label’s Italo/electro hybrids. But all that crust is mainly stuck to the B-side, while the A-side cuts remain rubbery and relatively limpid. Slowburn’s “Riders on the Sea” arrays laser zaps and insect whine over crisp machine beats to particularly majestic (and, yes, slow-burning) effect. And Tr One’s “Viceroy 9c (New Jackson Remix)” uses similar sounds to similar effect, but quicker and even crisper. There’s an extended sample of something — disco? R&B? George Michael? — lying low in the mix during the song’s climax, but for the most part, it’s the tightly programmed drums and colorful, contrapuntal synthesizers that do the brunt of the work. Tough as it is, it’s also a particularly melancholy take on techno — and the fact that its drooping synths remind me of a long-ago tune whose name eludes me only makes it feel that much more poignant.

Ondo Fudd, Coup d’État EP (The Trilogy Tapes)
Finally, from Will Bankhead’s the Trilogy Tapes comes the debut release from Ondo Fudd, a new alias of the Berlin-based producer JR Seaton. It’s not so far off from the music he’s recorded so far under his Call Super alias; here as there, his synthesizers have a faraway quality to them, the drums sound like the product of a long-buried machine, and there’s a persistent sense of a hidden dimension inside the music, one that’s not reducible to synths-versus-samples or analog-versus-digital or even rhythm-versus-melody. The main development is the music’s intensity: The drums are heavier, the distortion huskier, and the bass lines have more teeth (and more jagged ones, at that). The nearly-nine-minute “There Will Be a Time” wanders far and wide, with its scruffy Detroit funk gradually giving way to dreamy Latin disco suffused in DX chimes, and its competing drum patterns tangled up like overgrown vines. But “Coup d’État” and “Harbour” are more focused and maybe more cautious, using seductively glinting melodies as tools of misdirection, and playing their cards close to their chest.