Band, whose next album is due in April, may debut new material on show 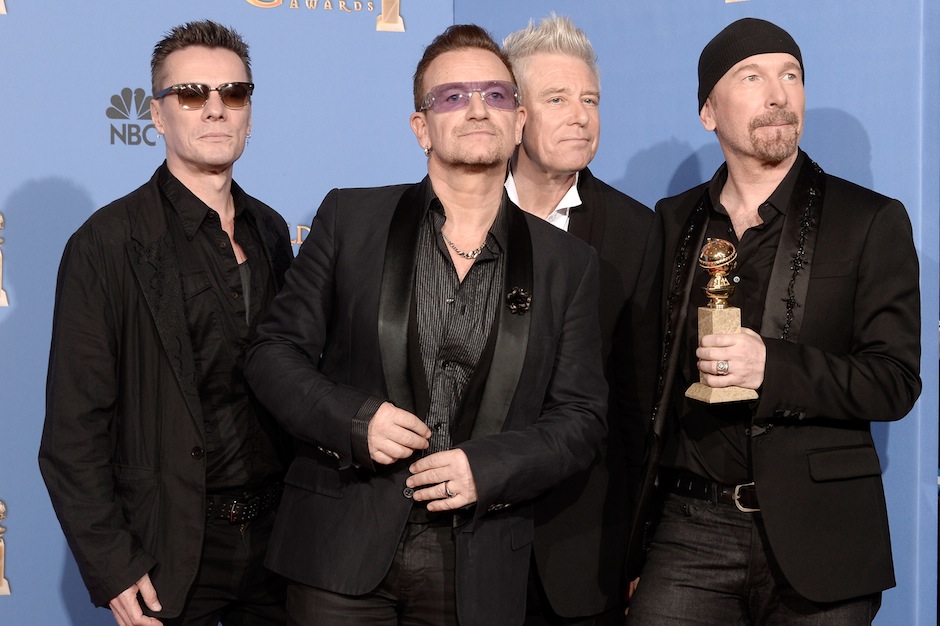 When Jimmy Fallon takes over the tonight show on February 17, he’ll be opening with a bang: U2 will be his first musical guest, show booker Jonathan Cohen announced on Twitter Sunday night.

Also on the show will be Will Smith.

The band, which received an Oscar nomination for Best Original Song last week, is expected to release a new album, its first since 2009’s No Line on the Horizon, in April. The LP title and possibly a video for its first single are expected to be announced during a Super Bowl commercial. Thus, it seems likely the band will be rolling out new material during the performance.

The band worked with producer Danger Mouse (Gnarls Barkley, Beck) at Electric Lady Studios in New York and planned to complete the album by last November.