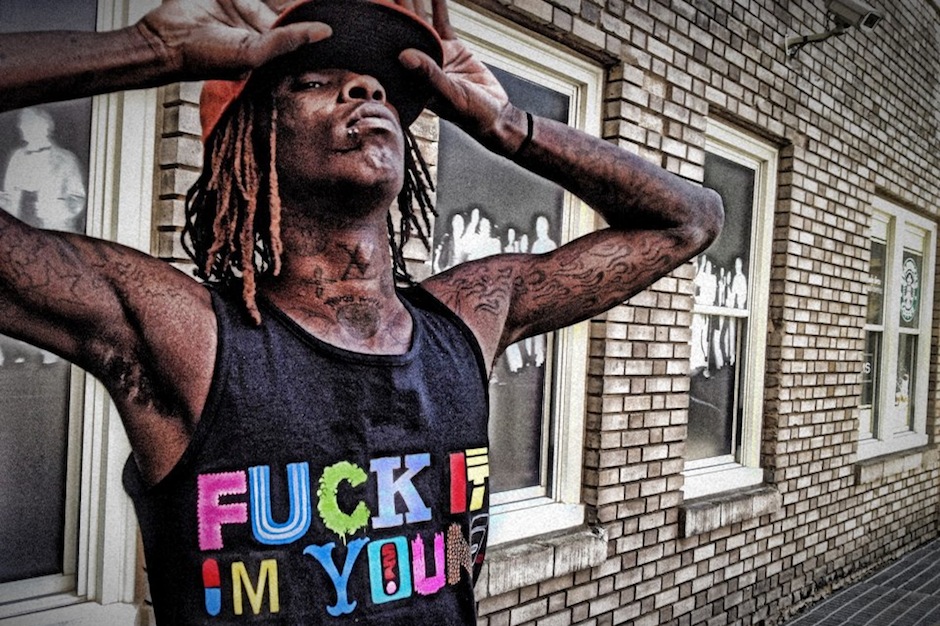 Cities Aviv, “Don’t Ever Look Back”
Like some lost sample-slaying session between Theo Parrish and J. Dilla, this takes-its-good-ol’-time closing track from Memphis rapper Cities Aviv’s excellent Come to Life (out next week) uses viscous vocals like a frustrated inner-monologue mumble, but ultimately, it’s all about the slow-growing rumble of noise that threatens to take the track over but never quite does. An avant-rap track without that much rapping on it. A bedroom-dance jam that decides it doesn’t feel like getting out of a bed. A sick slab of noise that’s far too pleasant to appease the aggro side of the avant-garde. A fairly singular track from one of the most fascinating and unpredictable rappers around right now.

DJ Kay Slay, “90s Flow”
Featuring Fat Joe (who does tough-guy cosplay, which is preferable to him humblebragging about how much weight he lost, like he does on “Another Round”); Ghostface (who sounds so tired — too many real-talk sessions on VH1’s Couples Therapy, perhaps); Raekwon (who kind of sounds like Carrol O’Connor); Sheek Louch (who pretty much raps his Curriculum Vitae); MCGruff (who, well, who cares); NORE (whose commanding vocal here is kind of doing this Ozzy-on-“Paranoid” thing where he’s purposefully a half-a-second behind the beat); Lil Fame (who explains street rap’s origins beautifully — “My flow is the result of the crack epidemic”); Prodigy (who seems to have rapped his verse from inside an aquarium); and Rell (who sings a hook that could sneak this whole thing onto the radio, if the rap industry had any sense of fairness).

Munchi, “Reality Check”
In which Munchi, the Dutch producer closely associated with moombahton back when that was almost a thing, teams up with another moombah soldier (Philadelphia’s Jon Kwest) for an exploration of what happens when you introduce stalwart boom-bap elements to the forever-changing kitchen-sink Soundcloud aesthetic of global dance. This entire EP — titled Boom Bap Back, and initially inspired by Kwest’s “Dirtbag Riddim” — is worth diving into, though “Reality Check” is the fun-ugly highlight, kicking off with a stakes-raising sample about the mental effects of incarceration (backed by a Yeezus-like synth groan slowed down to a lonely wail) and quickly entering Unkle “Drums of Death” levels of rugged and raw tripped-out trip-hop energy. Consider this: Munchi was just eight years old when Armand Van Helden’s Sampleslaya: Enter the Meatmarket dropped.

Talib Kweli ft. Phonte & Elzhi, “No Competition”
Khyrsis’ soulful smear of boogie-friendly boom-bap is the immediate surprise about this one, though Talib Kweli sounding alive for the first time since Quality is exciting, too. Meanwhile, Elzhi is the definition of a nimble, lyrical rapper who hasn’t gotten comfortable or lazy yet (so easy to do in the verbal-savior-searching world of underground hip-hop). But as usual when he grabs the mic and puts on his rapper cap these days, the highlight is Phonte Coleman, who just doesn’t give a fuck, and expresses that via a “Control”-ish verse that never flexes and mostly seems bemused. He cleverly calls out the prevalence of white women in magazines like Vanity Fair, calls other rappers “plankton,” calls himself “rap game Giorgio Moroder,” and most importantly, sounds like he’s just having a lot of fucking fun rapping.

Young Thug ft. Meek Mill, “Hundreds (I Had a Dream)”
So here’s a Vine of Kanye West going nuts to Young Thug’s “Danny Glover”; meanwhile, the dependably nerdy part of the Rap Internet spent yesterday anticipating a collaboration between the Atlanta baby-talker and, um, Bloody Jay. It’s safe to say that this guy is about to be a real big thing. And as always happens when a rapper who’s been doing fine all by himself realizes he’s about to be a real big thing, he starts doing unwise things. Like, say, making a money-burning boast track loosely framed around the legacy of Martin Luther King and released on the day of his birth? Meek Mill usually combines a fervid energy with insight and empathy (see “Lil Nigga Snupe”), and Thug released an incredibly touching tribute to Trayvon Martin (“Let Me Live”), so it’s not like this couldn’t have been more wizened or insightful if they wanted it to be. So maybe give these two gut-feeling street dudes the benefit of the doubt?