Hear the title track, "Treat Her Better," "Let Her Go," and more 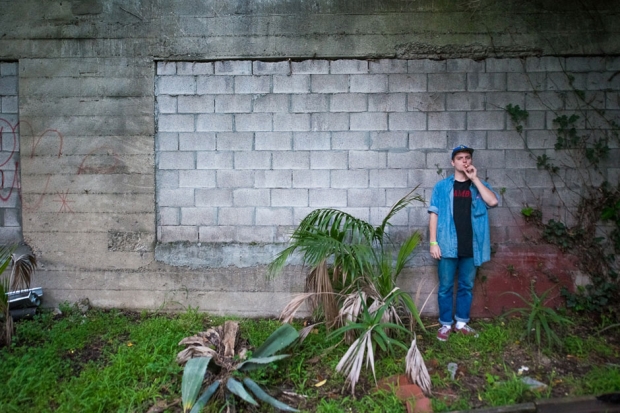 Turns out Mac DeMarco was indeed goofing on us when he claimed (via super-NSFW video) that his next album is called Eddie’s Dream. As Chart Attack points out, the slop-pop auteur said in a recent interview with Canadian radio station CKUA that his 2 follow-up is actually called Salad Days and it’s “out in April, but I’m not supposed to say that.”

DeMarco also offered a sneak peek at the upcoming LP by performing three new songs during acoustic on-air live session. Stream the performance below, and skip to the 4:18 mark to hear the tender warning “Treat Her Better,” move on to 8:38 for the vocal contortions of “Salad Days,” and forward to 11:30 for “Let Her Go,” an emotionally mature antidote to the “Give me pussy” mission statement DeMarco (hopefully) shared as a joke last week.

The 23-year-old tunesmith also performed a few fresh tracks during an acoustic gig in Brooklyn on January 10. We All Want Someone caught some footage of the concert, so scroll down to see renditions of “Treat Her Better,” as well as two other not-yet-released songs, the latter of which is titled “Go Easy.”