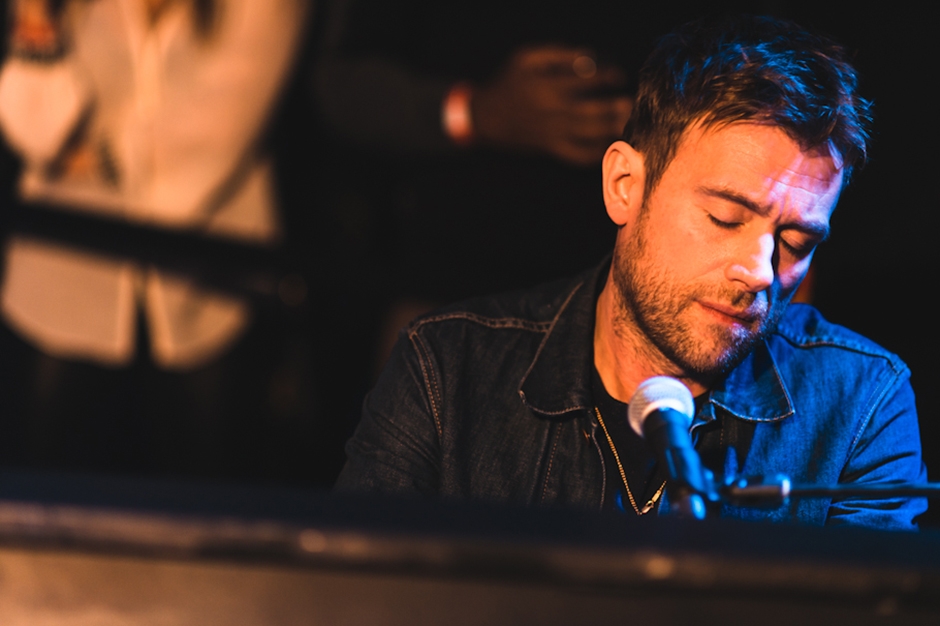 Damon Albarn is inching ever closer to the release of his debut solo album, Everyday Robots. We’ve already heard the haunted titular track and seen the corresponding video, which displayed a deep understanding of the project-hopping British artist’s work. The Blur and Gorillaz boss even stopped by SPIN and YouTube’s Sundance party to perform some of the new stuff backed by a string quartet (“Lonely, Press Play,” for one). And now his Brian Eno collaboration “Heavy Seas of Love” is floating around.

The gorgeous track closes the April 29 Warner Bros. release, and features both men on vocals, along with what’s likely the Leytonstone City Mission Choir. The bright keys, warm bass, and percussive flourishes support a hopeful message: “If the world is too tall, you can jump you won’t fall / You’re in safe hands / What the day will now give, how those seeds will now live / It’s in your hands.” For now, “Heavy Seas of Love” is officially streaming via Tribeca on Tribeca, but this Tumblr rip is making the rounds. Update: Listen to a proper stream below.