Garage-punks offer first pour from upcoming 'Underneath the Rainbow' 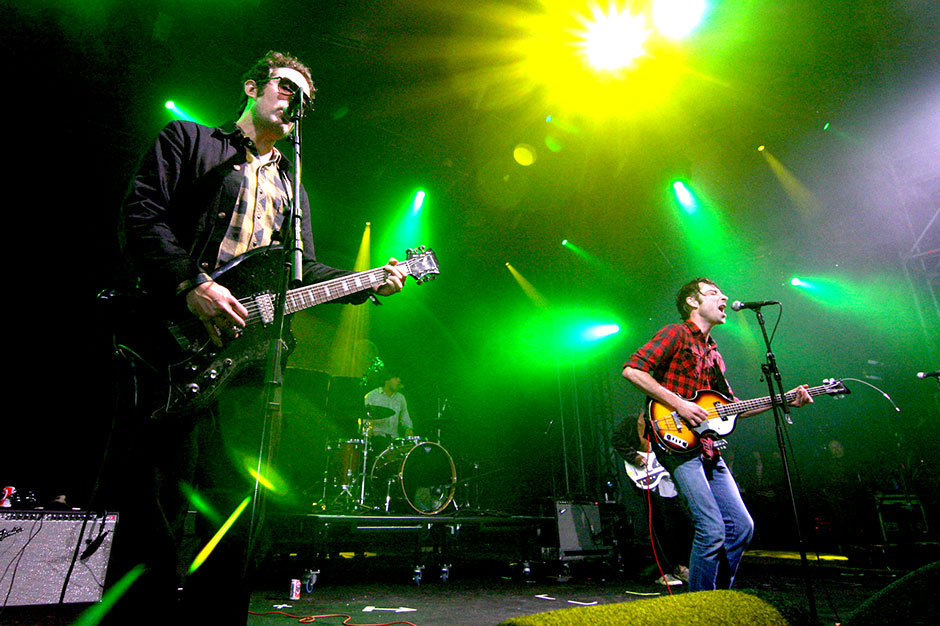 The Black Lips’ Underneath the Rainbow LP is booked to arrive on March 18, and the Atlanta outlaws have let the album’s first single run wild. “Boys in the Wood” makes good on bassist Jared Swilley’s recent promise that the Lips’ seventh album would consist of “roots music.” Speaking to Rolling Stone, Swilley described the sauntering tune as an ode to Lynyrd Skynyrd and the band’s hometown of ATL, that’s also about “doing bathtub drugs and drinking bathtub gin.” Scroll down to hear the Black Lips toast whiskey-fueled debauchery with a horn-swollen spiritual.

Underneath the Rainbow will drop by way of Vice Records. The follow-up to 2011’s Arabia Mountain was partially recorded in Nashville with the Black Keys’ Patrick Carney, and also features production work by Dap-Kings music director and Budos Band member Thomas Brenneck, along with frequent Black Lips collaborator Ed Rawls. Before anyone reads too much into all this talk about “roots music” and “Lynyrd Skynyrd,” the band recently tweeted: “Just to clarify, our new album is not a country record, nor is it a southern rock album. It’s elvis from the waist down.” Sorted.