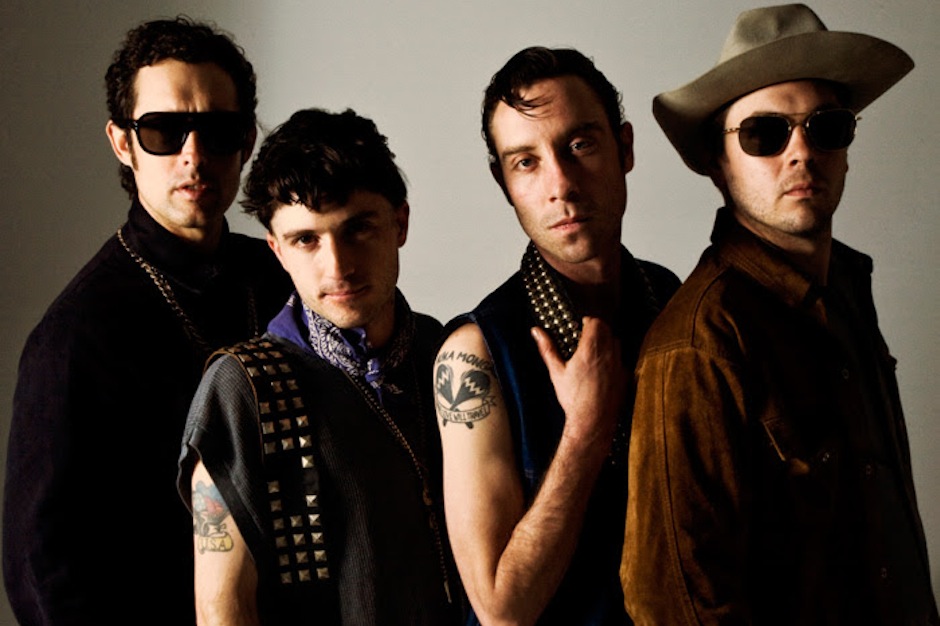 Black Lips have been threatening an album with a Black Keys-man for a while, and now it’s official. The Atlanta garage-psych hellions — and former SPIN cover stars — will release Underneath the Rainbow on March 18 via usual label home Vice Records, and it will include production work from the Black Keys’ Patrick Carney. Next up, Black Dice? Just hold the Black Crowes.

As for the style of Black Lips’ seventh studio album, bassist Jared Swilley told Rolling Stone, “It’s roots music.” The Track “Boys in the Wood” reportedly salutes Lynyrd Skynrd and being from Atlanta. “Smiling,” Swilley said, is “about how going to jail sucks, because the fluorescent lights make it hard to sleep, and you have to share five cigarettes with 10 other guys all ducking in a corner smoking cigarettes.” Wait, when he went to jail he got to have cigarettes?

Mastodon guitarist Bret Hinds played guitar and pedal steel during the recording sessions, and some of Brenneck’s Daptone colleagues laid down horn parts, according to a previous RS report. Deerhunter’s Bradford Cox was in the running to appear on the album but didn’t make it in to record, Swilley said. As ever with Black Lips, it’s hard to tell with 100 percent certainty how much of the above might be some kind of practical joke.