Angel Haze is not the Rah Digga of now, nor the Jean Grae of tomorrow, nor the Nicki Minaj of several years from now. On her tumultuously conceived (or at least tumultuously released) full-length Island/Republic debut, it’s evident the young MC is not interested in squaring off within lazy “femcee” brackets; instead, she wants a bite — a big one — of what Macklemore is having. Though she’s continually pitted against her distaff peers, Dirty Gold eschews the underground entirely, instead aiming squarely for that other niche group: the Top 40.

While such globally minded pop striving shows us where she wants to be, Haze’s chopper flow betrays not-so-humble Midwestern roots — born in Detroit, and now planning to settle in Williamsburg, her breathless rat-a-tat conjures shades of Twista when she’s smooth or mid-period Tech N9ne when she’s particularly pissed. Taken a track at a time, that’s her biggest asset: Her loquacious rage can be a marvel, a fiery feat. Over the span of an album, unfortunately, it becomes her biggest problem, a showy trick that can’t hide her lack of another one. After some delay, Dirty Gold was set for a March 2014 release, but late this month, a frustrated Haze leaked it herself, triggering a quick takedown followed by this rushed new “official” release. It’s a confused entrance for a confused record that perhaps could have benefitted from a longer gestation, and leaves you wondering exactly who Angel Haze is.

In any event, she’s always been a striking rapper. The manic intensity of her flow perfectly matched her emotional tenor on 2012 mixtapes Reservation and Classick, full of forceful, overwhelming tales of the ways in which her childhood was stolen from her as an abuse survivor raised in what she’s termed a religious cult. On tracks like her harrowing version of “Cleaning Out My Closet,” she attacked her pain and dismantled her shame publicly, forcing us to confront her demons.

Haze says she’s working on the other side of the pain now; certainly Dirty Gold revels in hard-won survival and a newfound confidence. Marianne Williamson-grade self-love aphorisms abound (in fact, the word love shows up 80 times on the album, though half of that number appear in “Deep Sea Divers”), amid a torrent of vague and familiar pop sentiments (“I’ll search this galaxy to find you,” goes the chorus to “Vinyl”). Save for “Black Synagogue,” she’s punching below her weight here as a lyricist. Curiously, two songs rely on extended metaphors about flowers: “April’s Fool” references a “potter’s hand” and a rose growing from concrete, and by the time we get to “White Lilies/White Lies,” the hand has gotten a professional upgrade to “florist,” and the roses have exited the garden and lost their petals. “White Lilies” is a tender ode to a woman losing her dignity as a coke-addled pole dancer, a laudable counterpoint to the many blithe stripping anthems we met in 2013, but it’s also painfully overwrought. There’s a lot of corn up in the bouquet. 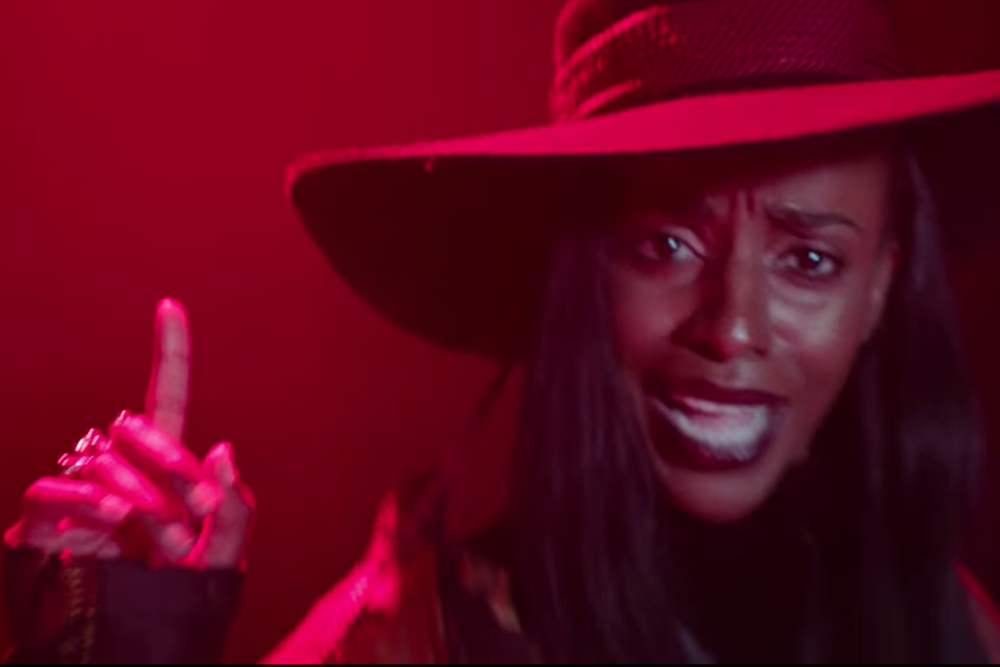 The other issue is one that dogged last year’s Classick, too. While Haze’s rapping style is anchored, she transmits her influences too well, with a dexterity that can come off as unoriginality or even mimicry: She simply brings too little of herself to the songs, to the point that you can discern exactly which Kanye or Eminem or Macklemore tune captured her imagination. On her mixtapes, she came off as a young artist still finding her footing, but on a major-label debut, the approach reads as formulaic. Haze’s attempt to appear undefinable and resist categorization (as Dirty Gold‘s conversational interludes attest) is a laudable pursuit (fuck binaries!), but it leaves the record unfocused.

Because of how pop the album leans — the first half indulges terrestrial EDM synths and dynamics amid its rappy raps — it suggests a willingness to try anything more than genuine artistic malleability. The checklist includes a luxury-brand-inventory song (with a curious Philip Lim shout-out and no hook), a “Black Skinhead”-esque Yeezus piece titled “Tribe Called Red,” and “Sing About Me,” an EDM-lite crossover fast-rap a la Macklemore’s “Can’t Hold Us.” Those references are so current, it’s no wonder Haze leaked this three months early: In March, this stuff might sound dated.

Whenever the real Angel Haze emerges, she’ll have great material to work with: “Angels and Airwaves” and the Greg Kurstin-produced “Battle Cry” (wherein Sia gloriously plays Riri to Angel’s Em) fit perfectly into the disparate-duets trend, and suggest she might actually have a viable future in the weirder corners of the mainstream. After the stark intensity of Haze’s earliest work, she deserves to transcend such grim subject matter, and achieve her ambitious pop dreams. But Dirty Gold‘s dreams hardly sound like her own.