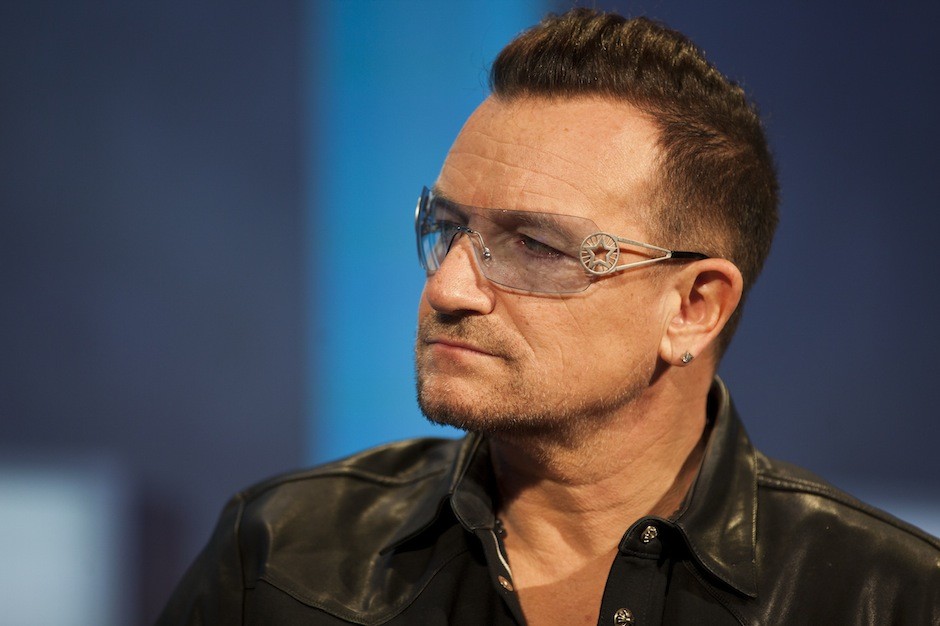 Finally, there’s a legitimate line on the horizon for U2’s follow-up to their 2009 No Line on the Horizon. The band is eyeing an April release for a new album produced by Danger Mouse, with plans to unveil the effort through a brand partner’s Super Bowl commercial. That’s according to Billboard, which cites no sources here but is generally reliable.

U2 recently announced they will release two new tracks for Record Store Day’s annual Back to Black Friday event. One side of the limited-edition 10-inch will feature the recently previewed arena-rocker “Ordinary Love,” from Nelson Mandela biopic Mandela: Long Walk to Freedom. On the flip will be a newly recorded “Mandela Version” of U2’s 2009 single “Breathe.”

The latest report jibes with U2 bassist Adam Clayton’s recent interview on Irish radio station 98 FM, where he said the new album should be out “sometime early next year” and will be made up of dozen songs. Danger Mouse has been associated with the project for a few years. In January, drummer Larry Mullen Jr. told Irish broadcaster RTE that “something” from the album would be out by September. One early working titled floated in unconfirmed reports was 10 Reasons to Exist.