"I figured I'd take that garbage and make it into art." 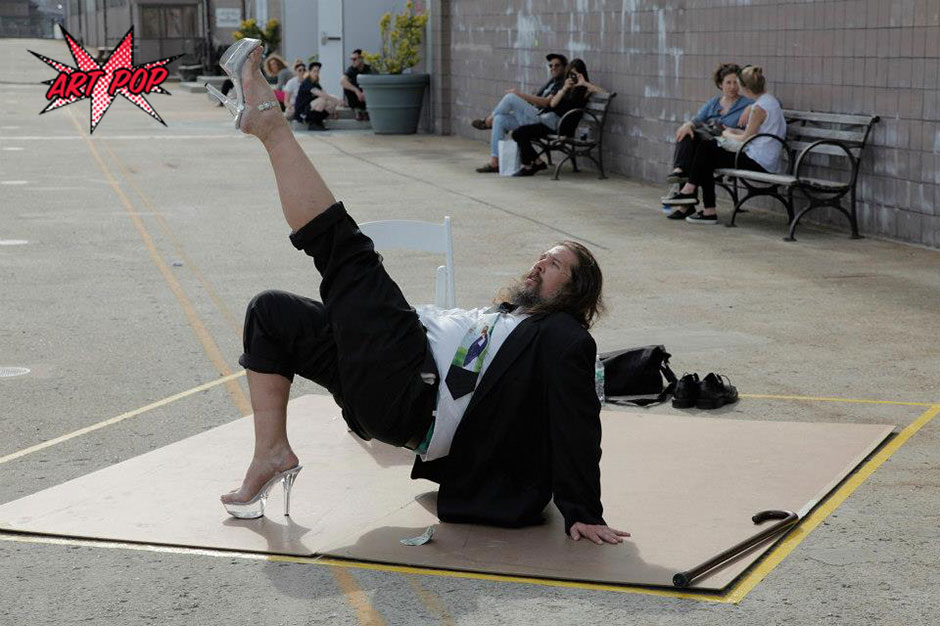 “I have a history of taking trash and transforming it,” says heavily bearded Brooklyn artist Michael Mahalchick. He’s not kidding: Some of his more absurd assemblages include affixing a fannypack to a discarded painting and arranging bacon in neat rows on the walls of a Lower East Side gallery. (They looked like the kinds of marks prisoners leave in their jail cells to count the days.)

More recently, he’s taken to tinkering with Jay Z’s Koons- and Rothko-referencing song “Picasso Baby” since, as Mahalchick says, “It’s a terrible, terrible song, so I figured I’d take that garbage and make it into art.” Three weeks after the rapper’s six-hour Abramovic-style performance of “Picasso Baby” at Pace Gallery, Mahalchick restaged it in a smaller NYC space. His own performance, unlike Jay Z’s, was entirely open to the public and recreated from first-person accounts he’d seen and read. Suffice to say, Mahalchick’s crowd proved a little smaller and a little less elite. “For the first two hours, maybe two people came,” he noted, adding that more people arrived later. Even if no one had arrived, Mahalchick would have been satisfied. “I felt like I was taking that performance back for people!”

Wearing a rotating set of sunglasses, a white T-shirt, and brown necklace, Mahalchick presented two versions of the performance: The “white guy version,” which meant rapping “Ca-ca-ca Picasso baby,” with emphasis on the “ca,” and the “black guy version,” which meant rapping slowly so he could properly mimic the MC. There were a lot of fumbles — though no one seemed to mind: He says his proudest moment came in the form of a lukewarm tweet from New York Times critic Roberta Smith: “Bearded fleshy + White, but nailed lyrics.” 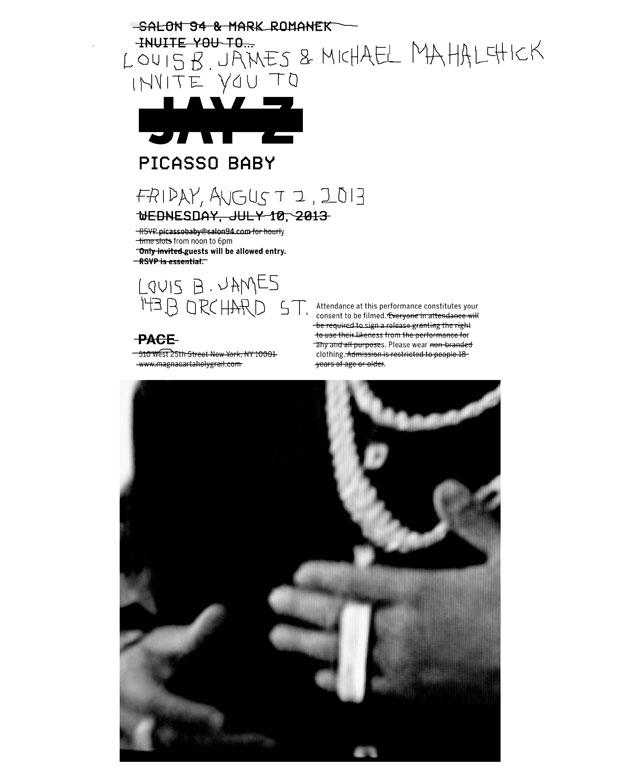