Kevin Fennell 'is no longer in the band' after no one bought his $55,000 drum set 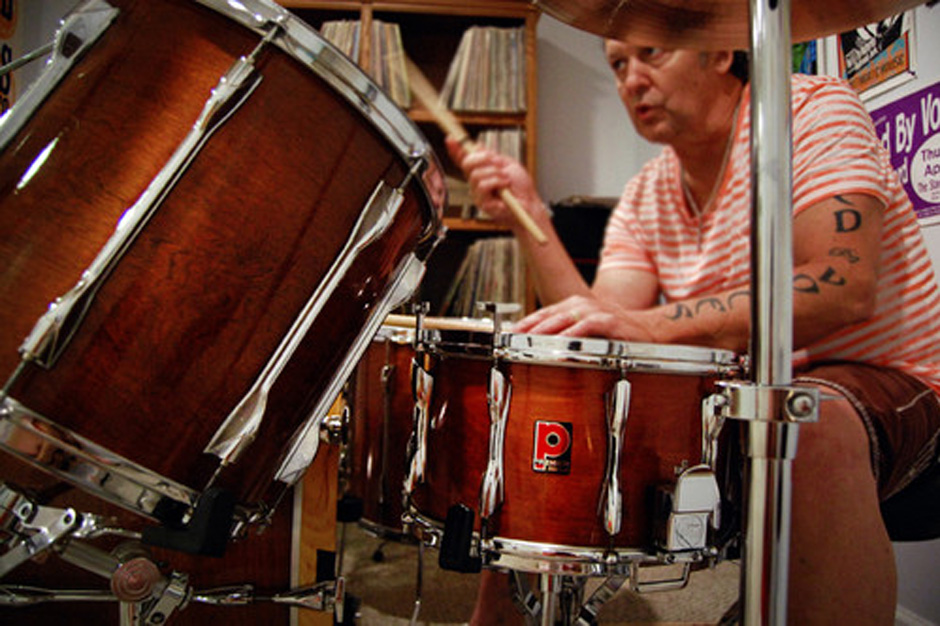 CREDIT:Photo by Erica Ott via eBay

Guided by Voices drummer Kevin Fennell recently put his drum kit up for auction on eBay, offering fans a chance to own a small piece of indie-rock history for no less than $55,000. Unfortunately for Fennell, the list price may have been too high of an ask, seeing that bidding has now officially closed and no one has tried to take home the set. But the failed attempt to make some extra cash has come at an even greater cost for the drummer: He’s been kicked out of Guided by Voices.

GBV issued a statement on their Facebook page on October 23, saying, “For the record, the band Guided by Voices has nothing to do with the sale of Kevin Fennell’s drums. He is acting on his own and is no longer in the band.” Fucking Nostalgic points to what is allegedly an email conversation between Fennell and frontman Robert Pollard, in which the two exchange heated messages about the auction.

Fennell and his kit were involved in the making of several of GBV’s most iconic albums, including 1994’s Bee Thousand and 1995’s Alien Lanes. He also kept time on more recent LPs such as last year’s Essential Let’s Go Eat the Factory, The Bears for Lunch, and Class Clown Spots a UFO, as well as this year’s English Little League. The set — which includes two toms, a bass drum, several cymbals, and a foot pedal — also went on the road with the Dayton, Ohio outfit for three U.S. and three European tours, plus performances at Central Park SummerStage and The Daily Show.

Despite the kit’s lo-fi pedigree, Fennell wasn’t able to attract any buyers. Maybe he should have tried to sell his valuable hunting knife?