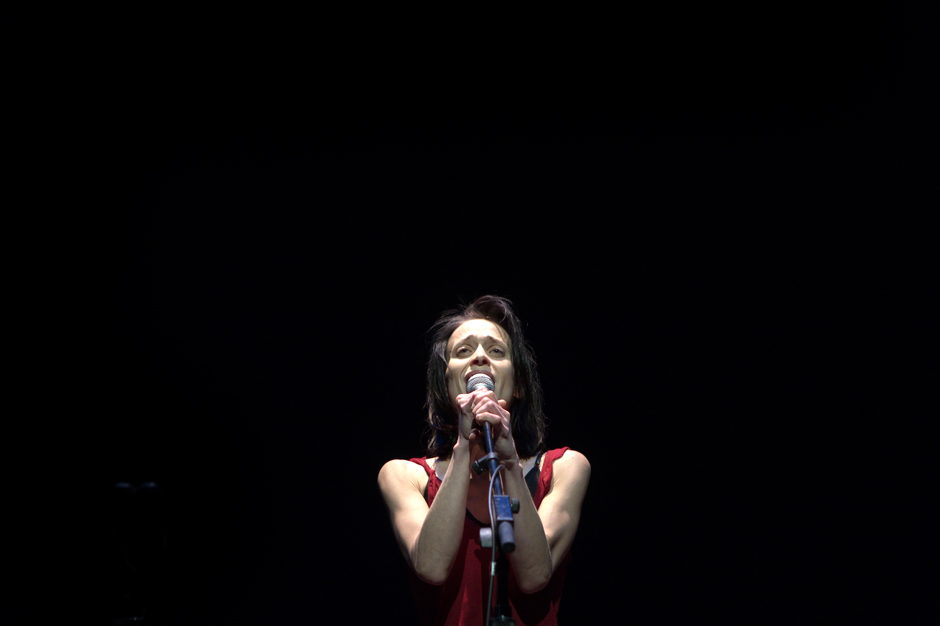 Just over a month ago, Fiona Apple made headlines following an incident at a Fashion Week event in Tokyo in which she reportedly walked off stage when the crowd refused to, in her alleged words, “shut the fuck up.” While the ever-Essential-making Idler Wheel artist had a bone to pick with our coverage of (Women’s Wear Daily’s coverage of) that event, a new episode has taken place which confirms what we already knew: that this sort of behavior is sadly not out-of-character for the 36-year-old performer.

As reported, quite delicately, by both Stereogum and The Oregonian, Apple and her current touring partner Blake Mills played a wonderful tour-opening show last night (October 3) at Portland, Oregon’s Newmark Theatre, but the concert ended in ignominy on all all sides when a heckler attacked the headliner’s physical appearance. Apple’s battle with the press and public over her body image has been an epic one, and unnecessary (plus inherently misogynist) as it should have nothing to do with her contributions as an artist.

Over an hour into the set, a fan in the first balcony shouted, “Fiona! Get healthy! We want to see you in 10 years!” Stereogum explains what happened next: “Apple, understandably, looked aghast, then hurt, then furious. She unleashed a torrent of vitriol at the unseen member of the peanut gallery. “I am healthy! Who the fuck do you think you are? I want you to get the fuck out of here. I want the house lights on so I watch you leave!” The venue obliged and the offending fan left, but not without escalating.

As she left, the heckler had a parting shot: “I saw you 20 years ago and you were beautiful!” As Apple reportedly became more emotional, The Oregonion reports that an unkind man also shouted, “You’re a has-been!” She then apparently said she was done, but muscled through “Waltz (Better Than Fine)” while sobbing. With only one song left scheduled for the set (“I Know”), she “in tears, apologized and walked off, calling it ‘a historically stupid night.'” Which is set, notably, to be the first of 15 nights in an October tour called “Anything We Want.”

On the website for the Apple and Mills tour, the Largo-affiliated duo writes, “Fiona Apple & Blake Mills (that’s us), are doing a little tour as a duo. We know it’ll be something special, and we aren’t being coy here — it’s just that we have about 26% of an idea of what the fuck we will be playing for you. But here is something true: the uncertainty excites us.” Unfortunately, it seems the uncertainty that comes from beyond the stage (arguably about 96 percent of any given show’s uncertainty quotient) is a bit less inspiring.