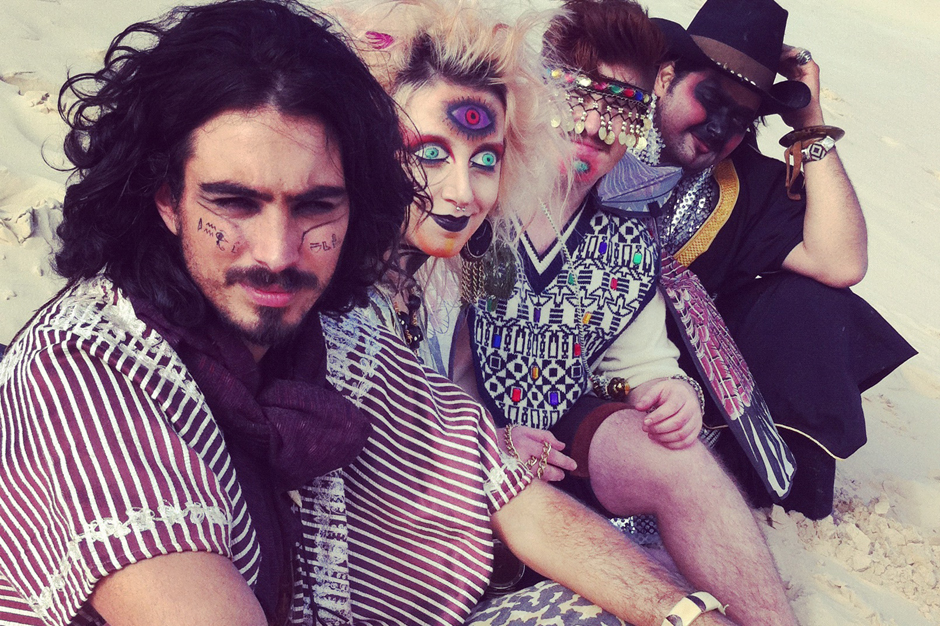 Matt & Kim’s “It’s Alright” is a perfectly representative slice of the Brooklyn dance-punk duo in 2013: His syrup-sweet vocals and her drum-line fireworks, topped off with a thick patina of glossed horn blurts, melodies that mimic air-raid sirens, and a slight hint of tropical pop. “Maybe we’re going nowhere fast,” sings Matt Johnson, “Maybe we never even touched the gas.” Leave it to Bonde Do Rolê to put pedal to the metal.

The Brazilian baile-funk posse have reworked that Lightning LP standout for the forthcoming Lightning Remixes set, due October 1 via FADER Label and featuring that aforementioned Adam and Eve-inspired cover (yes, the one that finds Johnson and Kim Schifino naked as the day they were born). Below, the Mad Decent favela-wreckers seize upon the exotic leanings of “It’s Alright” and turn it into a multicultural rave-up, tripling the percussion and setting the group’s shouts to stutter.

Lightning Remixes will also feature contributions from Anamanaguchi, Salva, DJ Venom, and Doomtree members Lazerbeak and Cecil Otter, among others. View the track list via our post on the, er, stark album art, and check out a trailer for the project as well. The 11-song compilation is available for pre-order now via Insound (vinyl) and iTunes.