Kim: "To my family...I am sorry but my boobs are on the Internet today." 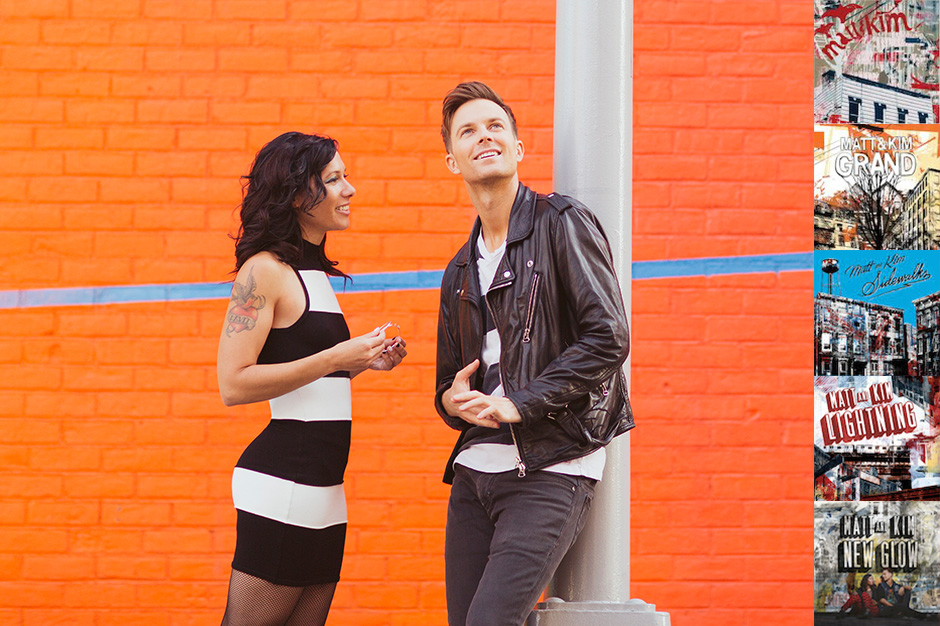 CREDIT:Photo via The Windish Agency

When we spoke to Matt Johnson about making Matt & Kim’s Lightning last year, he explained that he was “excited to do as little possible to the songs production-wise and still have them be strong.” Now the duo are moving in the opposite direction, wrangling a diverse cast of producers to rework their fourth LP on Lightning Remixes. Oh, and that’s them above, naked on the cover of the thing.

The Adam and Eve-channelling artwork will, in fact, only be featured on the limited-edition vinyl version of the 11-song set — a more modest cover will accompany the digital release, while the topless edition will be clothed with a reusable sticker while on record store shelves. The pair are out October 1 featuring touch-ups by Bonde Do Role, Salva, Amanaguchi, Lazerbeak with Cecil Otter (of Doomtree), and others.

As it turns out the, ahem, titular Kim Schifino got ahead of the news today by sending a group text out to her family members. The duo shared a screen grab of that on Instagram, which reads, “To my family…I am sorry but my boobs are on the Internet today. Good news is they are the same size as when david and I or even heather and I took baths together so it shouldn’t be that weird! Xo.” The accompanying text notes, “No responses yet.”

Pre-order the vinyl via Insound, and digital on iTunes.