Mock all you want, but Natalie Elizabeth Weiss has a great idea here 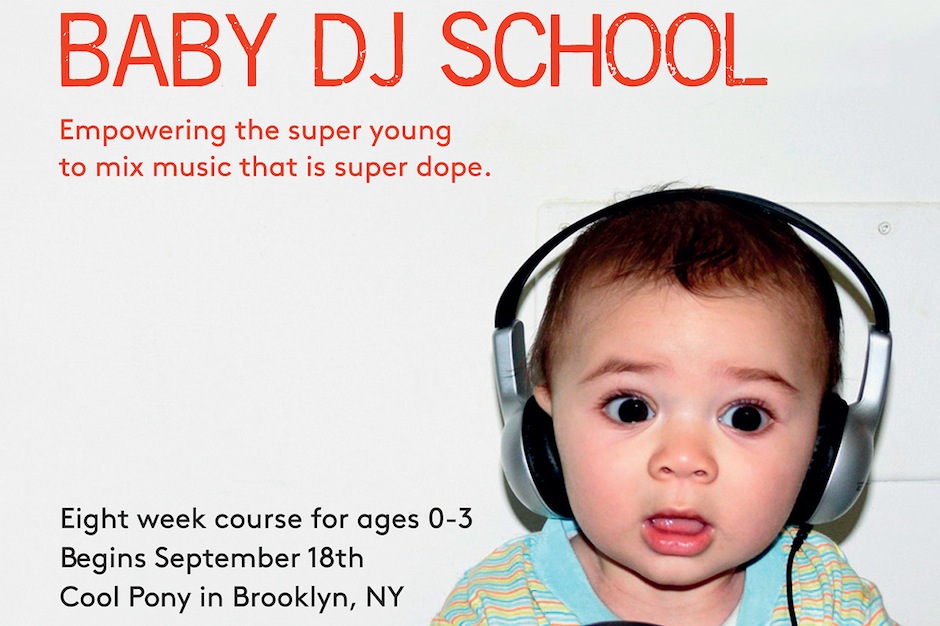 The kids really are coming up from behind, and they’re starting younger than ever. Baby DJ School starts classes next week in Brooklyn’s Crown Heights neighborhood, and, yes, it’s open to bottle-swilling droolers who can’t even walk — which maybe coincidentally describes us some nights we spin records. Although press coverage so far has tended to carry a mocking tone, with GQ bringing up “trust fund babies” and Gothamist amusingly describing infants as “leaking bags of skin,” founder Natalie Elizabeth Weiss is clearly onto something here.

The eight-week program is open to children from three months to three years old, which extends well into the age when kids can walk and talk and play with toy musical instruments. As Weiss points out in a press release, little ones are already routinely exposed to singing and music, so there’s no reason they couldn’t switch out some of the old nursery rhymes for something a little newer — in this case, handling vinyl records, mixing and matching beats, and otherwise playing with modern DJ equipment. The school takes place on Wednesdays from 10:30 a.m. to 11:15 a.m. starting September 18 at Cool Pony Crown Heights, and it costs $200 in total for all eight weeks.

Weiss brings a seemingly solid set of qualifications to the role. She’s a DJ and musician who has shared bills with members of Psychedelic Furs, Fischerspooner, Butthole Surfers, and Dirty Projectors. She has taught children’s music classes at New York’s Roulette Kids and in the Brooklyn “Inventgenuity” Festival. And she’s promising original songs such as “Makin’ Our Favorite Beat Drop” and “That’s Why Daddy Loves Disco.”

It’s easy to laugh about the idea of trendy Brooklynites paying to try to have their kids inherit their vinyl fetish, sure. But the cost doesn’t sound too bad for eight weeks at New York prices, and Weiss is hardly the first person to try to use DJing techniques to educate little kids. Sesame Street does it; check out this clip of DJ Rob Swift teaching kids forward and backward. And if you have a toddler nearby, keep him or her away from your turntables after viewing.