Nirvana producer doesn't have "anything to say" about Courtney Love 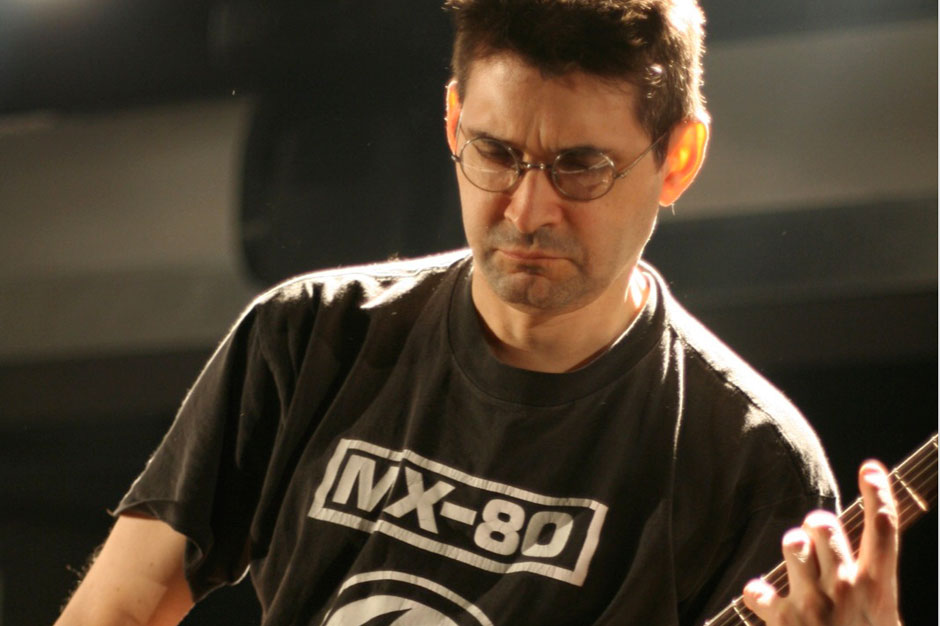 Twenty years after Nirvana’s In Utero first hit shelves, producer Steve Albini still has harsh words for the label executives that initially pressured the band to make a more commercial follow-up to Nevermind. In an in-depth and thoughtful interview with writer and radio personality Vish Khanna, host of the Kreative Kontrol podcast, Albini recalled the manipulative and unhealthy atmosphere surrounding Nirvana in 1993.

“All of the people that were carping at the band from the outside about what a mistake they’d made with this record, that pretty accurately represented what they wanted to do with their music… all of those people [are] parasites,” the notoriously outspoken Albini said. “They weren’t involved in making the record. They want, somehow or another, to claim authorship of the creative output of these other people who are actually doing the heavy lifting for their career. I can’t have any respect for somebody like that, who’s not involved in the creative process but then decides that they wanna snipe at it from the outside and manipulate people into doing things to suit them. Fuck every one of those people.”

“All of those people were afraid that if this Nirvana album wasn’t awesome, somehow it would affect them,” he continued. “Their first presumption wasn’t that this band actually knew what they were doing when they went off into the woods to make a record. Their first presumption was, ‘There’s no way this record can be good without us in charge.’ Despite the fact that the band had done really well by following their own instincts up to that point.”

The former Big Black frontman didn’t just spit venom for 75 minutes, though. For much of the Q&A, Albini shared fond memories of working with Nirvana, saying he’s proud of the job he did on In Utero, and describing the trio as “funny, cordial, and friendly.” On the other hand, the 51-year-old didn’t have such kind words for Kurt Cobain’s widow, Courtney Love. “Yeah, I don’t have anything to say about that woman,” he said. “I don’t even want to have her on my mind right now.”

Despite his troubled history with the band’s label, Albini agreed to be involved with the upcoming In Utero reissue because Nirvana bassist Krist Novoselic personally asked him to remaster the LP. “I didn’t deal with the record label at all,” he explained. “Krist called me and asked if I would do it and I said, ‘Yeah.’ It just boils down to the band wanted to do a new version of the record and I was flattered and happy to help.”

Out September 24, the impending re-release collects a “veritable treasure trove” of rare demos, B-sides, compilation tracks, and live material dating back to Nirvana’s post-Nevermind era. The massive retrospective comes in a variety of formats, including a standard digital/CD remaster, a triple-vinyl LP set, and a four-disc edition featuring three CDs and a single DVD containing the band’s famous Live and Loud MTV performance.

“It’s as good a production record as anyone is likely to make,” Albini said of the remaster. “If you hear that, you’re hearing about as close to the experience that the band had in the studio as it’s possible to have at home.”