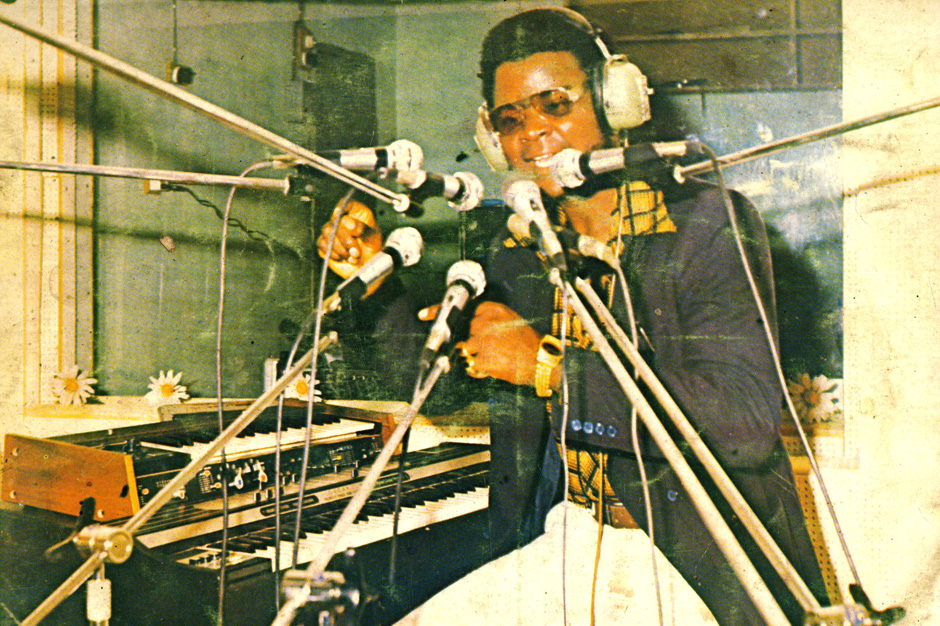 William Onyeabor is a mysterious man with a beloved back catalog. Despite growing a deeply loyal cult following over the decades, the Nigerian electro-funk/Afro-beat innovator has only a mere paragraph’s worth of a Wikipedia entry to his name. But as the story goes, after releasing a winning string of incredible dance records from 1978 to 1985, Onyeabor became a Born Again and disavowed all secular music. There are also rumors about a stint studying cinematography in the Soviet Union, a law degree obtained in England, and contract work for the Nigerian government so who knows what actually happened. The point is, no one has been successful at legally licensing the man’s music … until now, of course.

David Byrne’s Luaka Bop label is celebrating 25 years by rebooting its excellent World Psychedelic Classics series. On October 15, Who Is William Onyeabor? will become the fifth entry following mind-altering compilations of work from Shuggie Otis, Os Mutantes, Tim Maia, and the ’70s West African funk scene. The 13-track set will span Onyeabor’s all-too-short career, and will be supported by after-the-fact collaborations with Dâm-Funk, Devendra Banhart, Caribou, John Talabot, Justin Strauss and others yet to be announced. Below you’ll find one of his originals, “Good Name,” a 10-minute amalgam of electronic percussion, blurting synths, wild guitars, haunting vocals, and bright notes. Stream here, and download at the Onyeabor site.

In addition to all of the above, Luaka have kicked off a special short documentary series focusing on each of their current artists. SPIN friend Delicate Steve was the first to get the treatment courtesy of Amsterdam filmmaker Inigo Garayo, who’ll be manning the camera throughout. Check that out via the director’s Vimeo profile, and stay tuned for future entries.