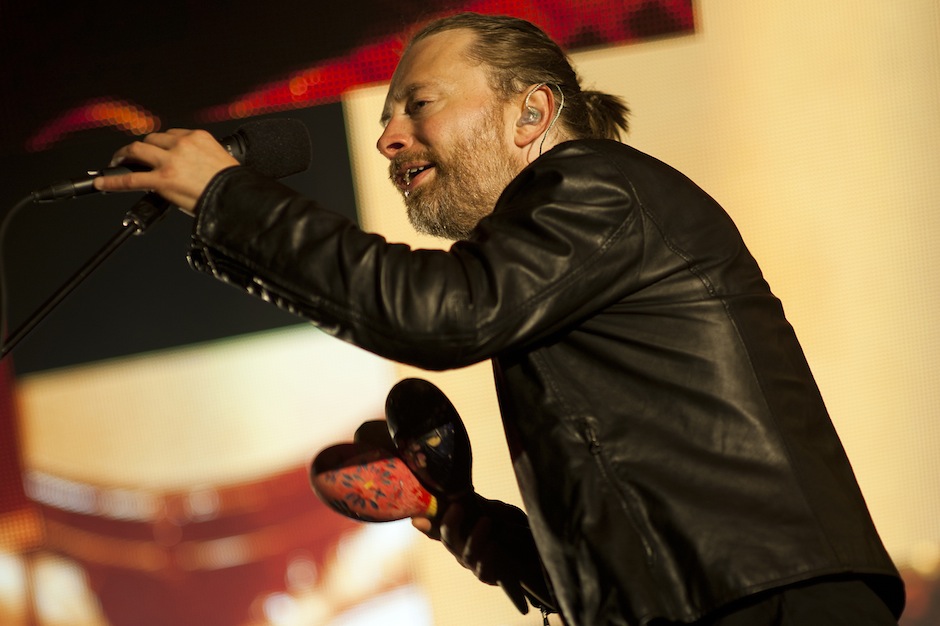 Just days after Atoms for Peace members Thom Yorke and Nigel Godrich’s announced that they pulled their recordings (and Yorke’s solo work) from Spotify and other streaming services, the group says concertgoers will be able to download almost-live videos from Atoms shows via U.K. start-up Soundhalo. According to the Independent, recordings from the group’s July 25 and July 26 London concerts will be available for purchase via the service shortly after each song ends; the recordings can be downloaded to desktops or mobile devices for 99p ($1.51) per track or £9.99 ($15.19) for a full show. Alt-J used the service to beam a show to fans in May.

“I found myself wondering why, whenever you go to a gig, the next day there are a million shaky, horrible-sounding YouTube videos already online,” Godrich told the paper. “But you go and look because you want to see something of your experience. Soundhalo provides something really functional — an experience that you want to remember in front of you as soon as the concert has happened.” (He has a point about those shaky fan videos.)

The group has not addressed whether the Soundhalo move is linked to the broader dispute over streaming. Spotify has rebutted Yorke and Godrich’s criticisms, and Radiohead’s manager has also defended Spotify and other streaming providers in an interview with BBC Newshour.