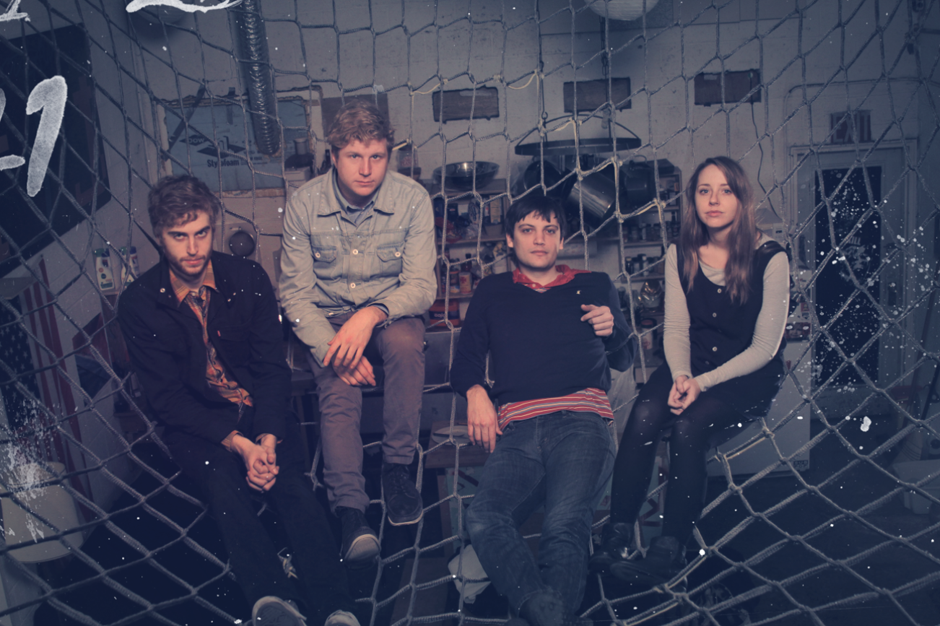 Grooms founder Travis Johnson suffers from a very specific form of OCD called scrupulosity, in which guilt and anxiety foment as a result of concern over one’s religious morals. In an earlier life, the 30-year-old Dallas-bred, Brooklyn-based musician took prescription drugs and self-medicated on the side in order to suppress his compulsions, but of late he’s ditched the influences in favor of confronting his demons. Musically the approach seems to be generating some fantastic results.

Grooms are prepping their third album, Infinity Caller, due out September 3 on their new home, Western Vinyl. Below you’ll find “I Think We’re Alone Now,” a beautiful slack-pop nugget that sinks its hooks in deeply, despite coming in under three minutes. Of course, the vocal assist from bassist Emily Ambruso doesn’t hurt. Lyrically the song zeroes in on a different sort of obsession: love, naturally.