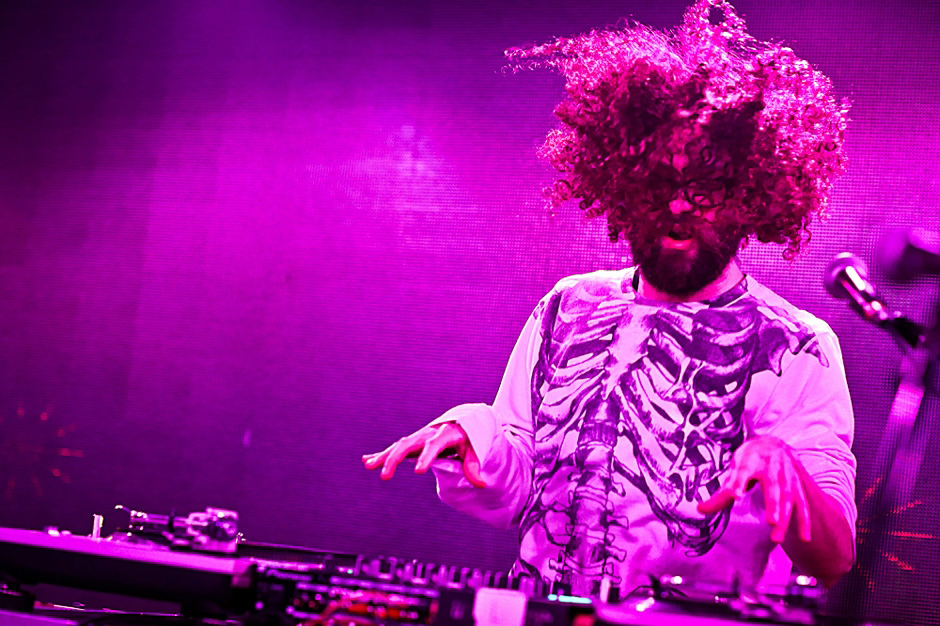 Los Angeles producer/DJ the Gaslamp Killer is recovering following a near-fatal scooter accident that took place last Tuesday (July 9). The man born William Benjamin Bensussen flipped his bike heading home from a friend’s house and wound up in the hospital with internal bleeding. Doctors had to open him up from his chest to his groin, and wound up removing his spleen. He was three hours away from death, according to Jeff Weiss of LA Weekly.

“The surgeons came out and this woman looked at me and was like, ‘You’re losing a lot of blood,'” Benusussen recalled. “I’m like ‘What? No I’m not.’ She said that something inside of me had burst and was bleeding … I didn’t know what the fuck to say. I looked at [my friend] and said, ‘Tell my parents I love them.’ I was trying to get him to record me saying a message to them so that they could hear my voice for one last time.”

It’d taken Bensussen longer than it should have to get help. He’d left his friend’s place in the wee hours and was headed down a hill only moments away from the door. The wind started to take his hat, so he reached up with one hand to steady it, lost control, and braked hard using only the front brake. The electric scooter flipped and landed on top of him. “It felt like when a super villain pounds the superhero into the concrete, and it breaks,” he said.

“Two firemen dudes showed up in an ambulance and were very unsympathetic,” he went on. “They kept moving and jerking me around and they were like, ‘Man, you’re fine. You just have a few cuts.’ I told them my shoulder felt like it had been ripped apart and my stomach feels like my organs are scrambled up inside. They said: ‘Well … did you eat dinner tonight?’ I’m like, ‘Yeah, at 9:00 p.m.’ They’re like, ‘Well, maybe you need to shit.'”

He finally convinced them to drive him to the hospital, where he sat for 45 minutes while his breathing grew faint. They eventually got to him, and he woke up with staples running the length of his torso and, thankfully, his parents at his bedside. Bensussen described his morphine experience as like using DMT. The musician is a known advocate of psychedelics, but won’t be able to drink or use drugs ever again without his spleen.

“I feel like the universe kept pushing me in this direction,” said Bensussen regarding sobriety, “but I just wasn’t willing to accept it. Now this is pretty much the guillotine, the ax to the head of the demon snake that begs for more … I literally could fucking die from alcohol. I could load up and turn blue and die from a night of drinking. Fall asleep and not wake up … I don’t have anything against partying. It’s fun. I get it. It’s just not an option anymore.”

Considering what he’d been through – and still has to endure, remaining bedridden for the summer – the man remains strikingly positive, telling Weiss that he’s been working on new music. “I’ve been on that [Vangelis-like] synthesizer, space-echoes scene. But no words, just humming through reverb, and synthesizer shit. I’m trying to make a sci-fi soundtrack. All I can think about is the new album.” Read the extensive, harrowing interview at LA Weekly.

Rest up, Willie. Our thoughts are with you.