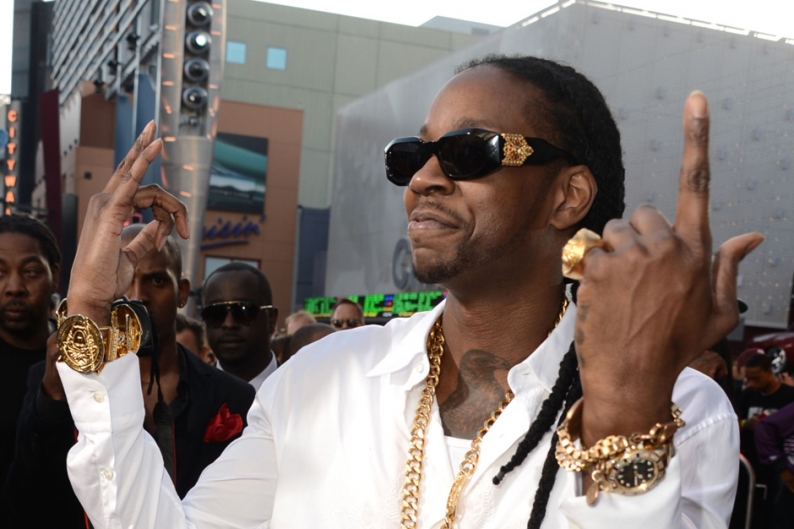 2 Chainz was allegedly arrested at the Los Angeles International Airport this afternoon after authorities found marijuana on his person. TMZ reports that Tauheed Epps, 35, was nabbed while boarding a plane in Terminal 5 and is currently being booked for possession. Yesterday he tweeted about getting “geeked up in San Fran,” a city that he claimed has the “best smoke in the world.”

Rule# 3 we definitely got geeked up in San Fran , best smoke in the world. 2 blessed 2 stress

Back in February, 2 Chainz was busted in Maryland for holding as well, and his name was eventually cleared. But not before the local police convinced the charismatic rapper to pose with them for a photo. Though the controlled substance was found in Epps’ touring van at the time, it was a minuscule amount and there was no way to prove to whom it actually belonged.

We’re guessing ownership might be a little easier to establish in this case, but we’re rooting for Chainz nonetheless. After all, the dude is on some of the Best Rap Songs of 2013 so far, and he’s got work to do on that Pharrell-featuring new album.