Mister Cee, Arrested Again for Soliciting a Prostitute, Tries to Defend Himself

The legendary DJ addresses his sexuality on Hot 97; Power 105 replies with gay-baiting, everybody loses 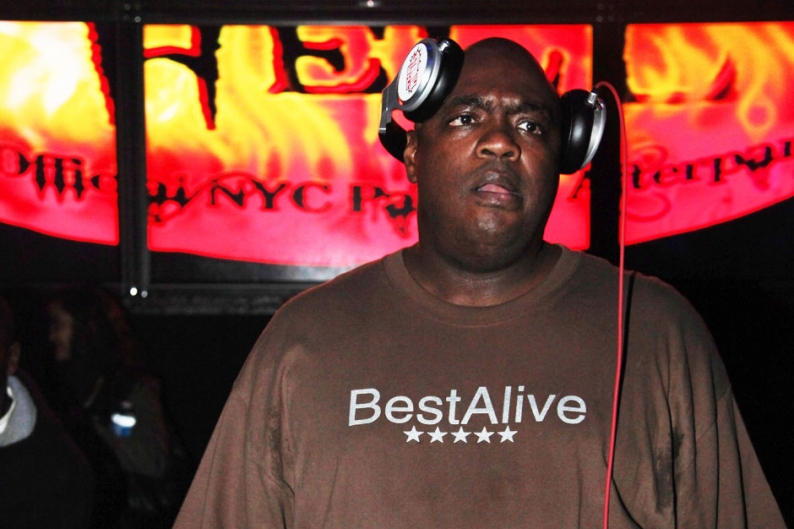 On Saturday, Hot 97 DJ Calvin “Mister Cee” LeBrun was arrested for soliciting a prostitute in the Bushwick area of Brooklyn. This is Mister Cee’s third arrest for solicitation (most notably, in 2011. when he was arrested for receiving oral sex in his car from a man), and as a result, it resurrected the discussion of Cee’s sexuality. But this time the DJ decided to address the situation directly, appearing this morning on Hot 97’s morning show (hosted by Peter Rosenberg, K Foxx, and Cipha Sounds), along with Hot 97 program director Ebro Darden. He explained that the prostitute he solicited on Saturday was actually female, not male as previously reported, and confessed that he has an “an addiction…to prostitution.” When he was asked whether he was gay, Mister Cee insisted that he was not, and acknowledged that this has been a rumor about him for years. When the 2011 incident was brought up, Cee claimed it was a set-up; he took the charges to save his family and radio station further embarassment. It is worth noting that back in 2011, Cee’s story about the arrest was pretty much the same: He said then that the “hip-hop cops,” a well-documented though unacknowledged NYPD crew that targets rappers and hip-hop personalities, was to blame.

In an ideal rap world, this would not even be a story. It seems to be neither the time nor the place to question Mister Cee’s statements. He is a DJ and rap personality (the man who discovered the Notorious B.I.G.), not someone who should be forced to explain his sexuality. However, it’s hard to parse this controversy because even his employer is turning it into a pro-wrestling-style talking point. Cee seems stuck in the middle, forced to address rumors and this Saturday’s incident, but the Hot 97 platform is fueled by gossip and the desire to trend on Twitter above all else. In particular, the discussion between Ebro and Cee about why Cee keeps engaging in illegal activity doesn’t seem like the kind of conversation to have on morning radio. No doubt, there was some sincerity in the room, and some of Ebro’s earlier tweets about the incident were touching (though they also had a Monster Truck-announcer quality to them, hyping up this morning’s interview). The whole scene felt infected by that rap-gossip blog need for “dirt.”

Much worse can be said of Power 105, Hot 97’s competitor. This morning, DJ Charlamagne the God made jokes about Cee’s sexuality and played songs like R. Kelly’s “Trapped in the Closet” and the Weather Girls’ “It’s Raining Men.” Charlamagne also quipped that Mister Cee would be hosting a private party for Chris Bosh, an NBA player whose sexuality has been questioned. At least there were no Jason Collins references. Either way, it’s a depressing, unseemly corporate-radio beef with a conflicted rap legend stuck in the middle.

Here’s what I wrote about Mister Cee back in 2011 when he was previously arrested: “Perhaps the best way to look at Mister Cee’s misfortune and the resulting controversy is as a challenge to these baby steps of progress. Here’s a guy who is an inarguable hip-hop legend, a man who possesses a towering reputation within the culture at-large. Will he actually be pushed out because of controversy over his sexual orientation? If hip-hop needed a “reason” to get over its homophobia, then Mister Cee’s legacy would be a great place to start.”

That challenge has yet to be met by hip-hop. Though the culture is gradually moving towards a more open, less homophobic mindset — as is the rest of the country — a quick look on Twitter or a listen to New York rap radio this morning revealed that the impulse to embarrass and judge still dominates.