"I cringe a little when people say I am a 'pop star.'" 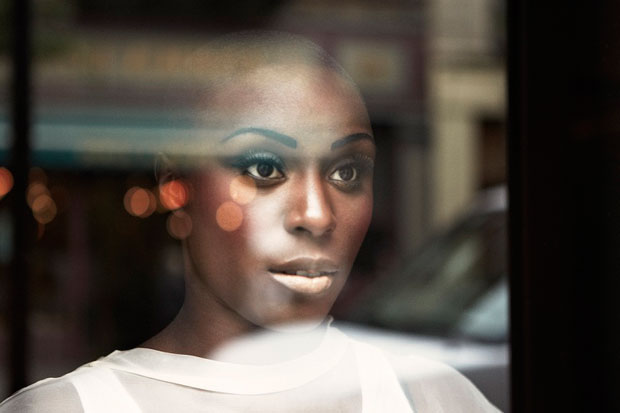 Who: Laura Mvula, the U.K.’s latest diva export, was shortlisted for the career-making BRIT Awards before she’d even released a proper album. The buzz-crazed English press have made much of her unconventional pairing of neo-soul and orchestral pop, while her stateside performances at SXSW, alongside her big band, turned more than a few into true believers. Mvula, 26, begins touring the U.S. and U.K. this month in advance of the release of her debut LP, Sing to the Moon. Despite all the “Next Winehouse” chatter, Mvula is humble and only a little phased by the attention. “I am writhing in the wave of shock,” she says. “At the moment, everything is happening so quickly. It’s quite overwhelming.”

From Walkman to Discman and Beyond: Mvula grew up under the tutelage of a jazz-obsessed dad who — though strict about what she could listen to — gave her a thorough musical education. “Miles Davis was paramount,” she says. “American and U.K. soul and old R&B was always playing in the house.” But it wasn’t until Mvula was given a Walkman as a gift that she got to create a playlist of her own. “It was a cassingle of ‘If You Ever,’ by East17 and Gabrielle,” she says, remembering an early boy-band fascination. “I cringe now when I think of how obsessed I was with it. It was my first time knowing everything about a song.” The experience repeated a few years later with a Discman and The Miseducation of Lauryn Hill. “I remember thinking, ‘This is my music.’ That was really my introduction to harmony.”

Accidental Artist: While studying composition at Birmingham Conservatoire, Mvula was not anticipating a pop career. “I had no idea what I would do with that [training],” she says. “I certainly didn’t think I would be performing my own material or as the main person. That part feels like an accident.” After graduating, Mvula became a music teacher and gospel choir director, inadvertently launching her career after sending around a few songs she’d written and recorded on her computer. “I [also] cringe a little when people say I am a “pop star,” she laughs.

Sing A Song of Love: “Love is a thread that subconsciously runs through the whole album,” Mvula says of Sing to the Moon. “I am married to a musician, and I make music with my brother and sister; they are in my band; so music and love have always been interchangeable for me, with one influencing the other.”