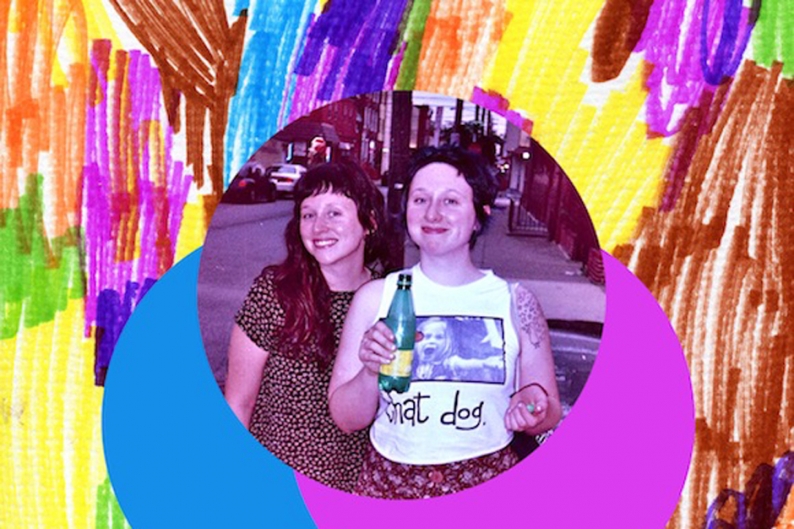 The brilliant youngsters at Rookie have given us a handful of gifts lately, though mostly in the form of rock statesmen Thom Yorke and Morrissey imparting life advice to teenage girls. Now we’ve got a song to consider. For the publication’s monthly “Theme Song” series, they’ve tapped Katie and Allison Crutchfield, twin sisters from Philly who respectively front the bands Waxahatchee and Swearin’. In order to avoid the pressure of collaborating (there’s a reason they don’t usually share the microphone) the pair chose a song to cover that’s dear to both of their hearts: “Oblivion” by Grimes.

“I read that the lyrics are about assault and feeling unsafe on the street alone,” Katie told Rookie. “I thought that was a really great topic that I felt politically aligned with. I’ve written about this before, too, and so has Allison. It’s something a feminist punk band would write about, and the juxtaposition of that with electronic pop was really cool to me.” Of course, the Crutchfields put their own spin on the track, combining surf-punk groove with vintage girl-group vocals, oohing and ahing their way to a solid victory. Listen below.