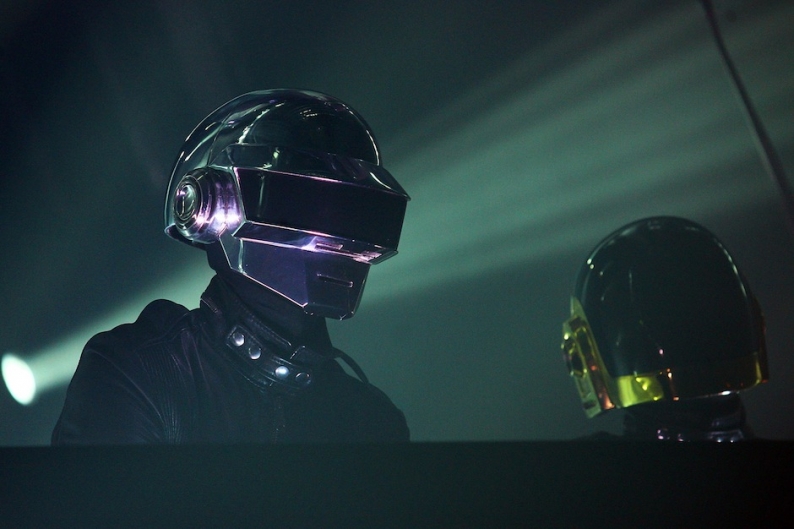 These are our good times. So Daft Punk suggested in a rare radio interview, which aired this morning on Australia’s Triple J Radio and is streaming below. Though the interviewer doesn’t specify which member of the French electronic duo is speaking, Guy-Manuel de Homem-Christo and Thomas Bangalter made a few anticipation-raising points.

One: “Get Lucky,” the upbeat, Pharrell and Nile Rodgers-assisted first single from May 21 LP Random Access Memories, in a way captures the essence of the album. Two: That essence involves traveling through different eras in hopes of getting to the future (we always figured they drove a DeLorean). Three: The world might be a pessimistic place right now, but Daft Punk’s time-travel allows their album to be a celebration. Yup, one more time.

The concept of working with Chic’s Rodgers and the Neptunes’ Pharrell felt right, Daft Punk said, “because they really represent this idea of bridging the generations together.” The duo continued, “And what Nile Rodgers represents for dance music and R&B in America in the ’70s and ’80s and what Pharrell represents from somehow the same genre in music in the ’90s and the [’00s] — it felt really interesting to connect all these eras together into creating the music of the present and possibly the music of future as well.”

Expect the sensibility behind “Get Lucky” to characterize the whole album, in a way that excites even those of us who were initially underwhelmed by the single. Daft Punk said, “Somehow this track can summarize what the spirit of this record is — which is the idea of teaming up, to try to do quality pop music and dance music which is just the idea of something which is a good feeling.”

Okay, but tell us a tittle more about that good feeling, guys. “Most of the ideas behind this record are ideas of celebration,” the duo said. “It turns out to be a very optimistic record with very celebratory and optimistic lyrics, and it’s coming out in a world that is not so optimistic, and which is somehow maybe more cynical and slightly pessimistic.” So there you have it: Daft Punk are teaching the world to celebrate again.

There are no plans to perform Random Access Memories live “right now,” Daft Punk said, despite speculation Pharrell could be going on the road with them next year. As for the record’s planned premiere in Wee Waa, Australia: “It could be anywhere. That’s what this record is made for, anywhere and everywhere.”