See rare photographs of the group at Saturday event 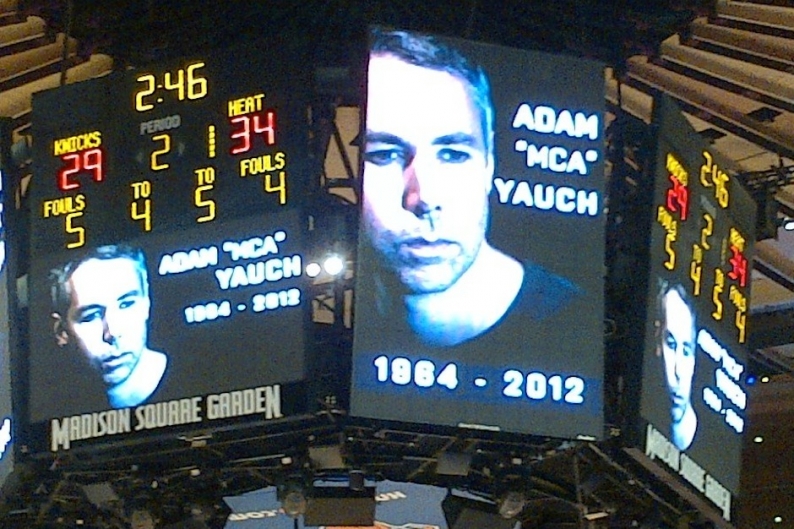 No sleep till Saturday, Brooklyn. That marks the one-year anniversary of Beastie Boys rapper Adam “MCA” Yauch’s death on May 4, 2012, after suffering from cancer. In MCA’s honor, a free “MCA Day” event will be taking place at Brooklyn’s Littlefield performance and art space from 11 a.m. to 4 p.m. EST.

As AllHipHop reports, the second annual MCA Day will be centered around visual installations. Rare pre-fame photographs of MCA, Michael “Mike D” Diamond, and Adam “Ad-Rock” Horovitz by Glen E. Friedman will be on display, along with photos by Sunny Bak, who snapped the famous shot of the Beastes in front of the World’s Fair Globe in Queens.

Also on hand will be artwork from Michael McLeer, co-creator of the Jam Master Jay Foundation for Music’s “Jam Awards,” along with artwork from Beasties fans worldwide, via the Keep It On and On project. For those who can’t make it to Brooklyn this weekend, the fan art will be up at Keep It On and On’s Facebook page, which will offer free downloadable PDFs.

Of course, a Beastie Boys tribute wouldn’t be right without music. Spinning Beastie records will be DJ JS-1, Pat Poon, Operator EMC, and DJ Skizz. Breakdancers from the Legendary Dynamic Rockers crew will also be performing.

The first MCA Day took place in New York City’s Union Square a couple of weeks after MCA’s passing; Ad-Rock made an appearance. In a recent statement, MCA Day organizer Mike Kearney said: “I felt this tremendous void. Like a lot of people the Beastie Boys became the soundtrack to my life. I started to realize there were a lot of people sharing and struggling with the same feelings. I wanted to do something, but I wasn’t sure what to do and how to do it.” Now he’s done it.

Watch a video about the event below. Separately, Brooklyn Heights Blog reports that the neighborhood’s Palmetto Playground, where Yauch played as a child, will be renamed the Adam Yauch Playground. A naming ceremony is reportedly set for May 3.