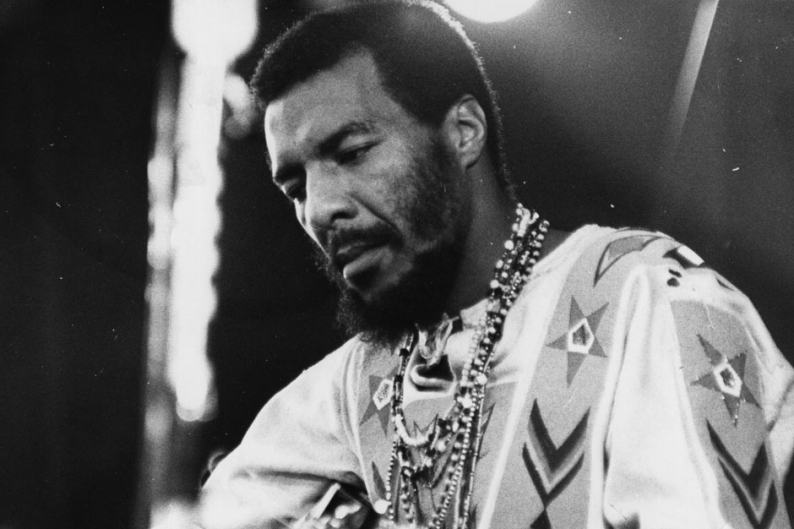 Richie Havens, one of the brightest and warmest leading lights of the 1960s folk-revival, died today of a heart attack in his home. He was 72 years old.

The Greenwich Village scene in which the Brooklyn-born Havens came of age thrived because musicians like Dave Van Ronk, Cisco Houston, Joan Baez, Karen Dalton, and, of course, Bob Dylan, brought fresh hearts and minds to traditional music. Havens was as distinct as any of those performers. Singing in a rich, grainy voice, his eyes squeezed shut, his big hands transforming the guitar into a pure rhythm machine (he played the instrument in a unique open-tuning, using his thumb to cover all six strings), Havens could turn the occasion of one man and his guitar into a near-religious experience.

Given his race, Havens’ legacy is perhaps more complicated than that of his peers. Was he helped by being a black man in a mostly white, at-times racially complicated musical community? Perhaps. Did his close association with that largely white scene make his post-’60s path harder to traverse? Undoubtedly. Does any of that take away from his stirring music? Watch his powerful iconic performance at the original Woodstock and you have your answer.

With one Dylan-sized exception, the careers of the performers who came to prominence during those heady early ’60s New York City days and nights of hootenannies and coffeehouses suffered in the transition to the next decade. Music got louder, wilder, broader, less earnest. Havens’ professional fortunes were no different, but he never lost the natural warmth and empathy that initially brought him acclaim. Till the end, the man could step up to a microphone and deliver a performance that could thaw the coldest heart. To wit: