"Back to Black" cover is a FEMA-level disaster 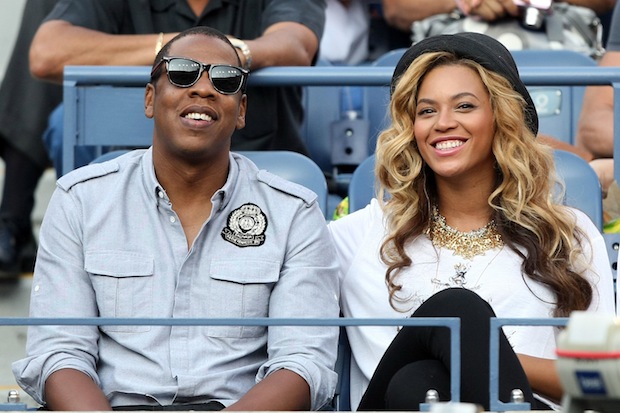 Leonardo Dicaprio and Baz Luhrmann’s The Great Gatsby will be in theatres on May 10, but it’s Jay-Z curated soundtrack will be in stores a few days earlier on May 7. Today, snippets of the soundtrack have popped up online, giving us a peek at a new Jay-Z song as well as André 3000 and Beyoncé’s cover of Amy Winehouse’s “Back to Black.” That Jay-Z song is “100$ Bill” and it finds him spitting drug-talk over a minimal beat of electro squiggles and dueling choral/screwed vocal samples. The last thing you hear him say in this 90 second slice — which hints at an aggrieved track in the same vein of his recent “Open Letter” freestyle — is “Took that Taylor Swift…”

Where Jay continues to sound revived and animated on “100$ Bill,” the “Back to Black” cover sounds disastrous. In the hands of André 3000 and Beyoncé, Winehouse’s smoky ballad becomes an unpleasant drone slower than spilled molasses. Neither singer sounds particularly invested in the cover, though maybe the full version will reveal a tad more spirit.

André 3000 and Beyoncé, “Back to Black (Amy Winehouse cover)”