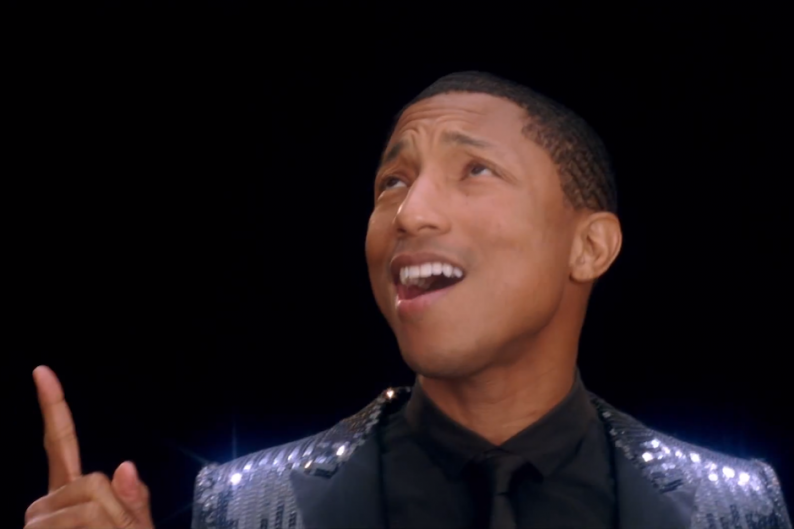 More than a year of interview hints, website graphics, Saturday Night Live teasers, “collaborators” videos, announcements about weird premiere plans, Coachella trailers, and synergistic track-list reveals have all come down to this. Last night, Daft Punk made new single “Get Lucky (Radio Edit)” available for sale on iTunes and Amazon. It’s the same four-minute track that finally started popping up online earlier this week. And it’s too big to fail, obviously, but after all the build-up, it’s too slight to set your hair all a-Skrillex, either.

In case you’re just tuning in now, “Get Lucky (Radio Edit)” features silky vocals from the Neptunes’ Pharrell and sproingy riffs from Chic’s legendary Nile Rodgers, and rather than explore the electronic-dance-music frontiers Daft Punk helped create, it goes back to the type of late-’70s disco more personably updated these days by Brooklyn’s Escort. Like Justin Timberlake’s likewise too-big-to-fail, likewise backward-looking “Suit & Tie,” it’ll be a thrill to hear at weddings and formal events. But considering the wide-open eclecticism of disco’s origins quickly became as codified as the EDM the French duo now criticize, it’s difficult not to wish for something that moves beyond Daft Punk’s past sample sources rather than recreating them — especially considering Pharrell’s role on Frank Ocean’s forward-thinking channel ORANGE.

Still, “Get Lucky” is more sleekly contemporary than the Cerrone or Chaka Khan cuts Daft Punk have previously pilfered. And when Pharrell croons, atop handclaps that the fake “leaks” never deployed so artfully, “We’re up all night for good fun,” it’s hard not to suspect Daft Punk have beaten the odds. Eight years after Human After All, Daft Punk’s latest might not be “One More Time”… one more time. But it’s far more fun than we had any right to expect.

Random Access Memories will be out on May 21. Listen to “Get Lucky (Radio Edit)” below.