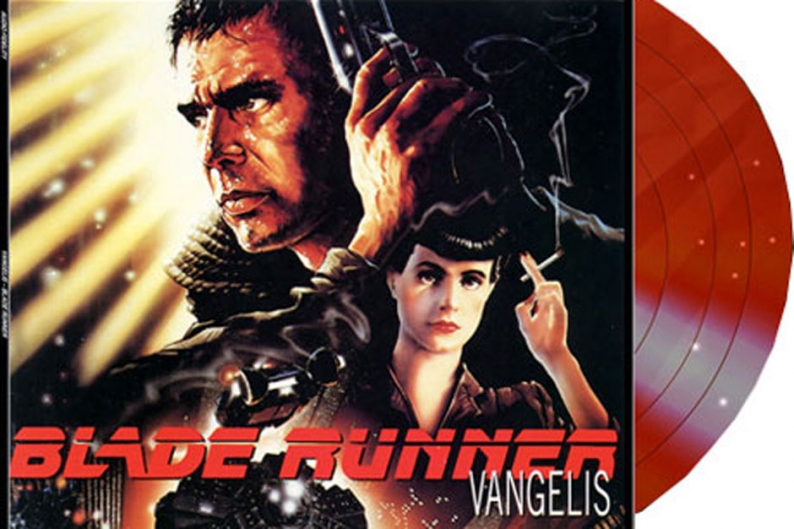 When SPIN recently compiled a list of of 40 Movie Soundtracks That Changed Alternative Music, the score to Ridley Scott’s 1982 dystopian sci-fi classic Blade Runner could not be ignored.

“In concert with Ridley Scott’s feverish visions of a futuristic city gone to seed, an evocative score by the Greek synth-whiz Vangelis saturated the story with a poignant sense of reflection and loss,” SPIN’s Andy Battaglia wrote. “The ambient electronic textures and brooding tone — downcast, contemplative, melancholic — proved salient among techno’s originators in Detroit, a city with its own Blade Runner-like aspects after ‘white flight’ and the dissolution of the auto industry in the ’70s and ’80s.”

Now Vangelis’ essential electro-composition is getting a vinyl reissue courtesy Audio Fidelity. The score will be pressed on translucent-red 180-gram vinyl and, according to Amazon, is slated for an April 16 release date. Pre-orders are currently available.

As Exclaim! points out, this upcoming version isn’t the original ’82 soundtrack, which included eight songs performed by the New American Orchestra. Instead, this fresh redux mirrors Vangelis’ official 12-track collection from 1994 (later expanded to a three-disc CD set in 2007).

Scroll down to hear “Main Titles” and find the full track list.