Who: Andrew Hershey is the riddim-slinging head of Mixpak Records who, under his Dre Skull alias, has also become one of dancehall’s most sought-after producers, responsible for the cinematic textures of Vybz Kartel’s landmark LP Kingston Story. Hershey’s arts-filled CV — he once built a quadraphonic soundsystem installation at Manhattan’s Deitch Projects gallery and sold merch for Lightning Bolt — speaks to his versatility. “Every person in the world has their own unique experiences that shape what they’re best at,” says Hershey. “Since I started working with artists like Sizzla, I’ve gotten a lot deeper with my engagement with dancehall. It might have been very different.” Most recently, Hershey’s engagement has led him to co-produce Snoop Lion’s upcoming Reincarnated album, alongside Major Lazer’s Diplo and esteemed Los Angeles producer Ariel Rechtshaid (Usher, Glasser, Plain White T’s).

Skull-Spinning Variety: “For whatever reason, I’m most fascinated with pop music,” says Hershey, listing Miguel and 2 Chainz as artists who have inspired him. The Brooklynite’s fixation is present in the unity between his work’s supple structures and expectant melodies. And the subtle influence of hero Lee “Scratch” Perry, in particular, can be felt in the way his hits echo and resonate in their afterglow (Kartel’s “Half on a Baby,” for example). “In Kingston,” Hershey says, “dancehall DJs on the radio have a wide format and freedom in the music they play. On Zip FM, every genre is heard — disco mixed into house mixed into country mixed into dancehall.” His label’s releases mirror that philosophy: recent records traverse the deep waters of southern rap, underground club, house, and soca.

Respectful Vybz: “Someone said, ‘It’s interesting to watch you work, because I can’t talk to [Kartel] that way,'” Hershey says, “If you are the biggest person in your world, you could be surrounded by a bunch of yes-men.” When working on Kingston Story, he remained independent of local politicking and posse hierarchies. “After we worked together for a certain time, it opened into a relationship where I could give [Kartel] some feedback,” Hershey recalls. “I talked to him like a fellow creative person trying to get the best possible songs. And in a way, he appreciated that.”

Kingston Come: While making Kingston Story was a year-long process, Reincarnated took just 17 days. “Everyone involved had been in different situations where we just kept working to create hit songs,” he says. “But this was something deeper. The concentrated time to create this took us all on a little bit of a journey.” He sees the album as an opportunity to bring Snoop’s fans into the world of Jamaican music. And while it remains to be seen whether the Lion’s recent Rastafarian transformation will stick, Hershey believes that Snoop’s inquiry was sincere: “It was quite profound to hear him reaching desperately into his mind. It helped us make a really special album.” 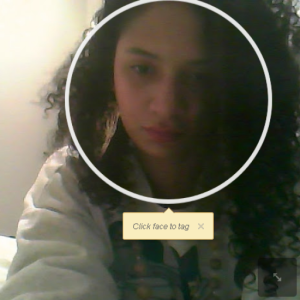 Dre Skull, This Is Happening