DIIV Want Out of SXSW Corporate Gang-Bang, But Are Totally Having Fun 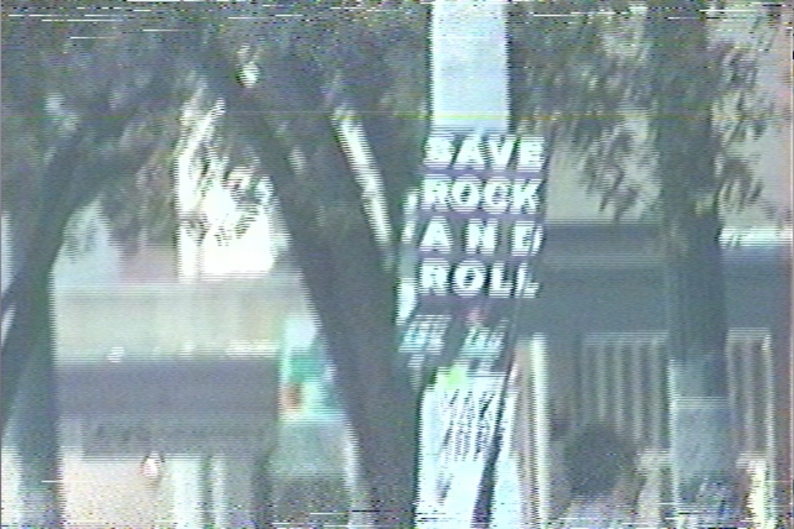 Yesterday, DIIV frontman and founder Zachary Cole Smith made some headlines from Austin when he dressed down the in-progress 2013 iteration of the South By Southwest music conference and festival as “a glorified corporate networking party” via Tumblr. SPIN skipped the story because, well, a lot of artists feel this way upon arriving at the event. There are bands and there are brands and wherever the two shall meet, there will be friction (and also free booze).

On Wednesday afternoon, he made a point to tweet “for the record, i’m actually having a blast at SXSW,” but it seems others made “meltdown” mountains out of moaning molehills, so Smith has now returned to Twitter to clarify a few things:

talk to me, see my shows, they are going great, this has nothing to do w/ my personal experience, I’m speaking about what I see in general..

…a giant corporate clusterfuck, where artists and audiences are the fodder for what is obviously a huge corporate gang-bang…

While most of DIIV’s followers gave the guy a round of resounding hear, hears!, one “fan” slut-shamed them for including bare breasts in their recent “Wait” video, and Brooklyn band Ava Luna had a valid question for Smith:

Hi Austin. Fuck SXSW. There … I said it.

Here, the music comes last. 5 minute set-up, no sound check, 15 minute set. The “music” element is all a front, it’s the first thing to be compromised. Corporate money everywhere but in the hands of the artists, at what is really just a glorified corporate networking party. Drunk corporate goons and other industry vampires and cocaine. Everyone is drunk, being cool. “Official” bureaucracy and all their mindless rules. Branding, branding, branding. It’s bullshit… sorry.