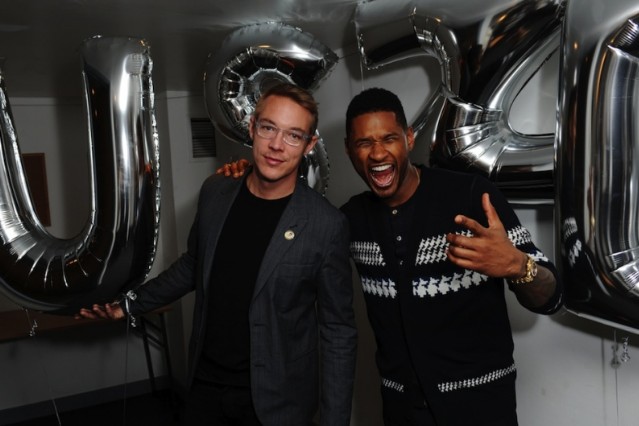 Last Valentine’s Day, Usher hit the Internet with Diplo-produced masterpiece “Climax.” We got a little excited. Last night, a year later, the silky-voiced pop-R&B heatseeker and the taste-making Mad Decent label boss unleashes another Diplo-produced Ursh track, “Go Missin’.” While not as immediately jaw-dropping as its predecessor, the song keeps up the “Radiohead quiet storm” style the producer ascribed to “Climax,” and the gifted singer brings back his hair-raising falsetto.

Usher has stressed in interviews that despite the title, “Climax” is about the two people at the end of a relationship as much as it’s about sex, but “Go Missin'” is unabashedly sexual, Usher beckoning a woman to “forget about him” and vanish with the Looking 4 Myself performer for the night. Musically speaking, of course, that’s not a bad idea, and “Go Missin'” is no anticlimax.

Tweeted Usher: “You loved what I gave you last Valentine’s #Climax So here is ‘Special delivery from the cloud’ Happy Valentine’s Day!”